June Wilson, that is. Two years ago, Jim & Debbie Wilson organized a Father’s Day drive that included an intermediate drive-by of Jim’s mother (June)’s house to salute her on her 97th birthday. It was an enjoyable event that, regrettably, had to be skipped last year due to the pandemic. But, with June’s cooperation again this year, we saluted her on the occasion of her 99th birthday! For this June 25 event, the SBCC was joined by our partnering club, the AACA.

June’s home is in the Isles of Chestnut Creek development in Venice, FL. The association’s clubhouse was secured to accommodate the large turnout of family and friends who came for the celebration. Northern club members met in a local Publix parking lot in order to caravan to the location. Members from the south lined up on the entrance boulevard for the Isles. Both groups linked up around noon and then proceeded to weave a raucous celebratory parade through June’s neighborhood. We ended at the clubhouse where personal birthday wishes were given to June along with all of the signs from the 13 cars in the parade. Leaving the family to party, members made the short drive to Snook Haven on the scenic Myakka River for lunch.

It was a great turnout for a special lady. Anticipation is already building for next year!

And, finally: I checked Kelley Blue Book for my car’s value, and it asked how many gallons of gas were in the tank. 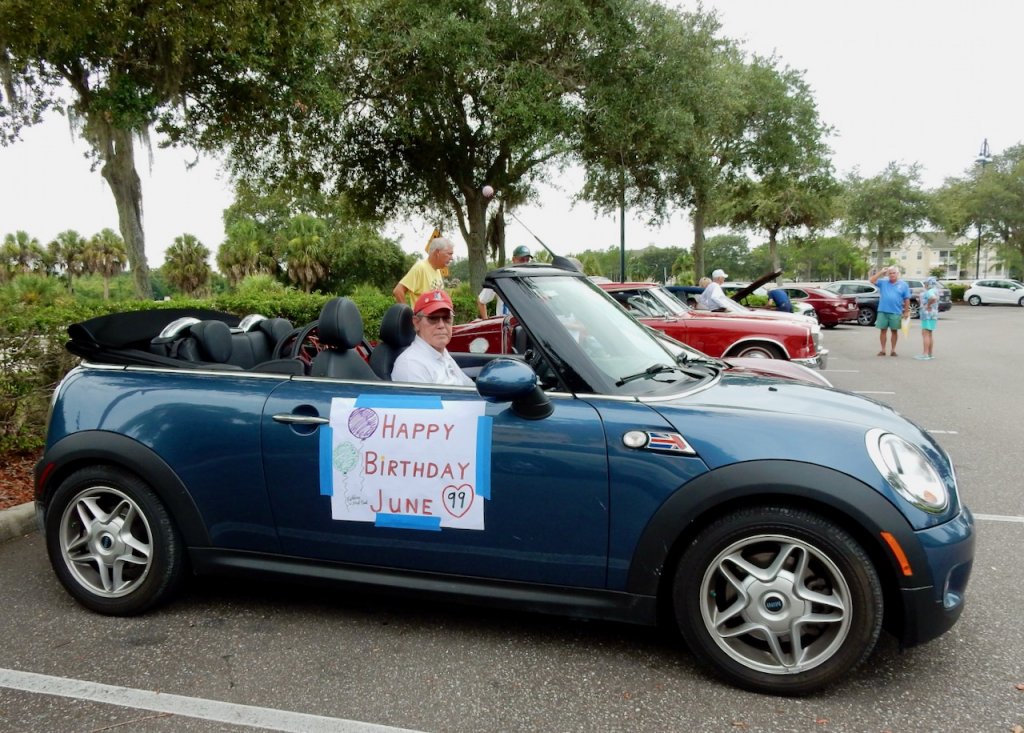 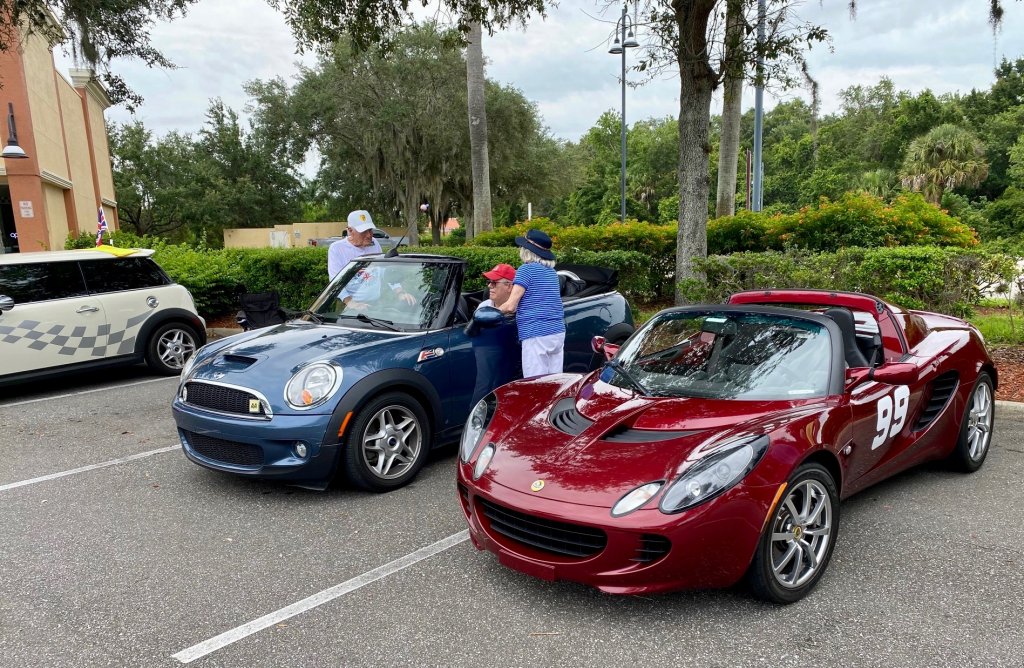 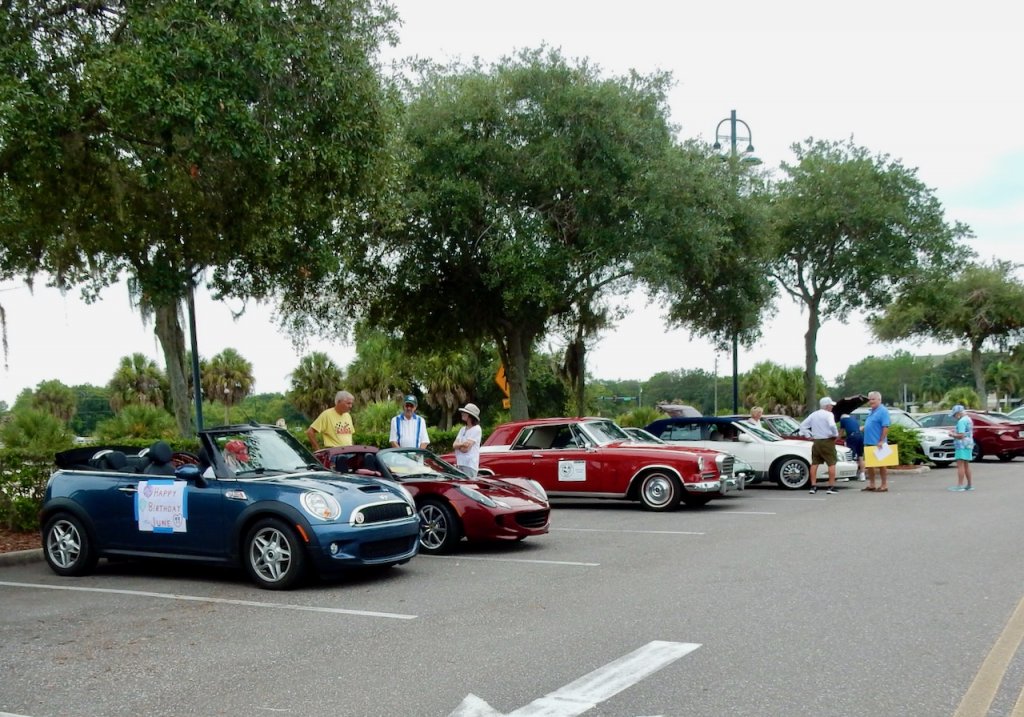 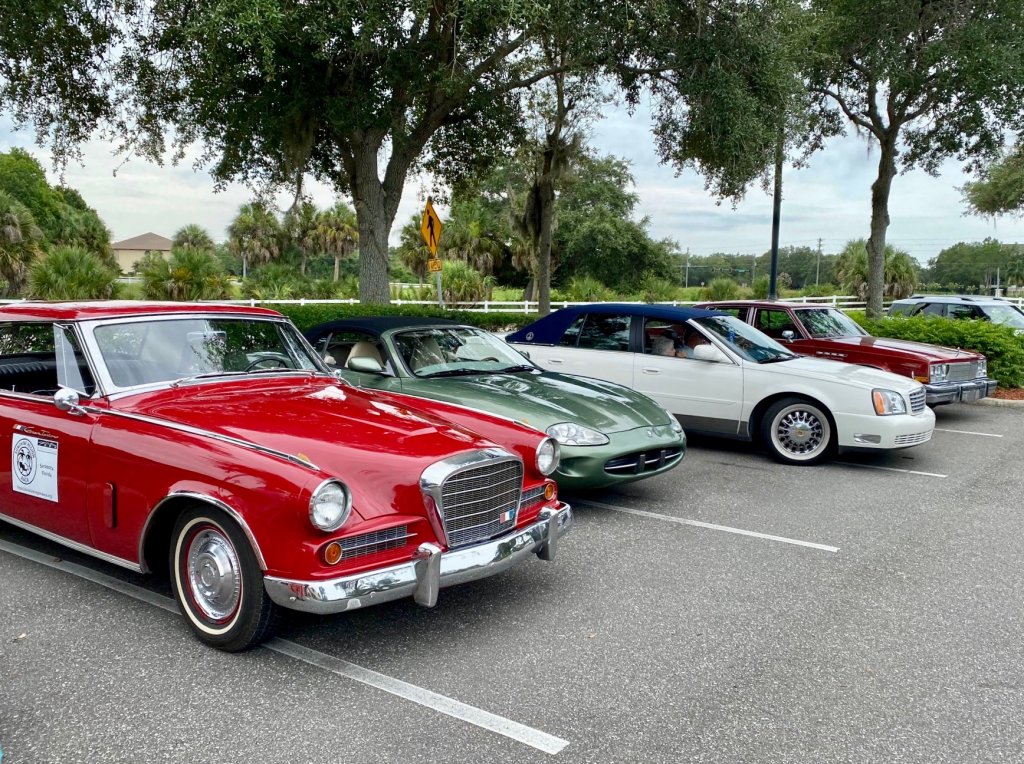 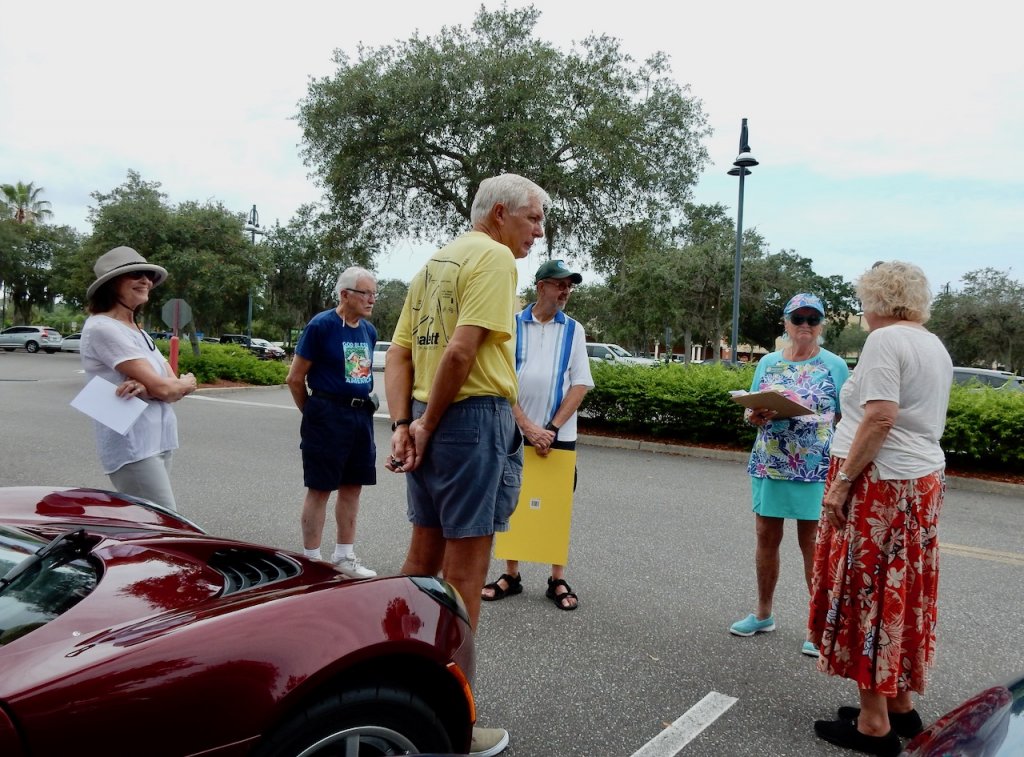 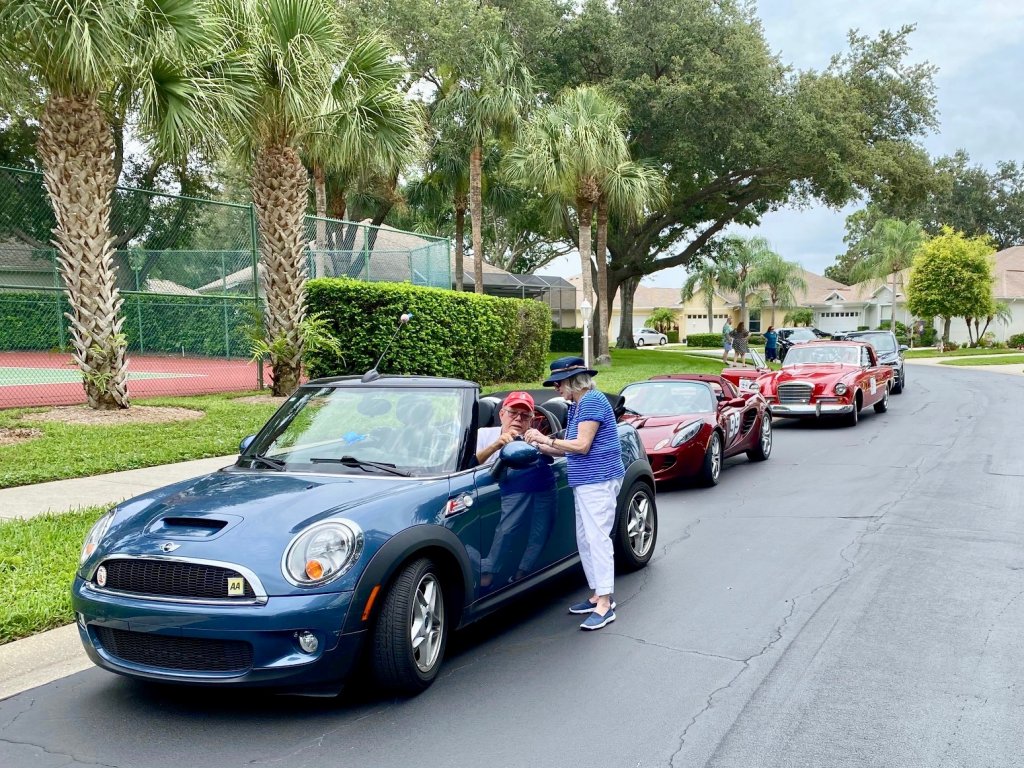 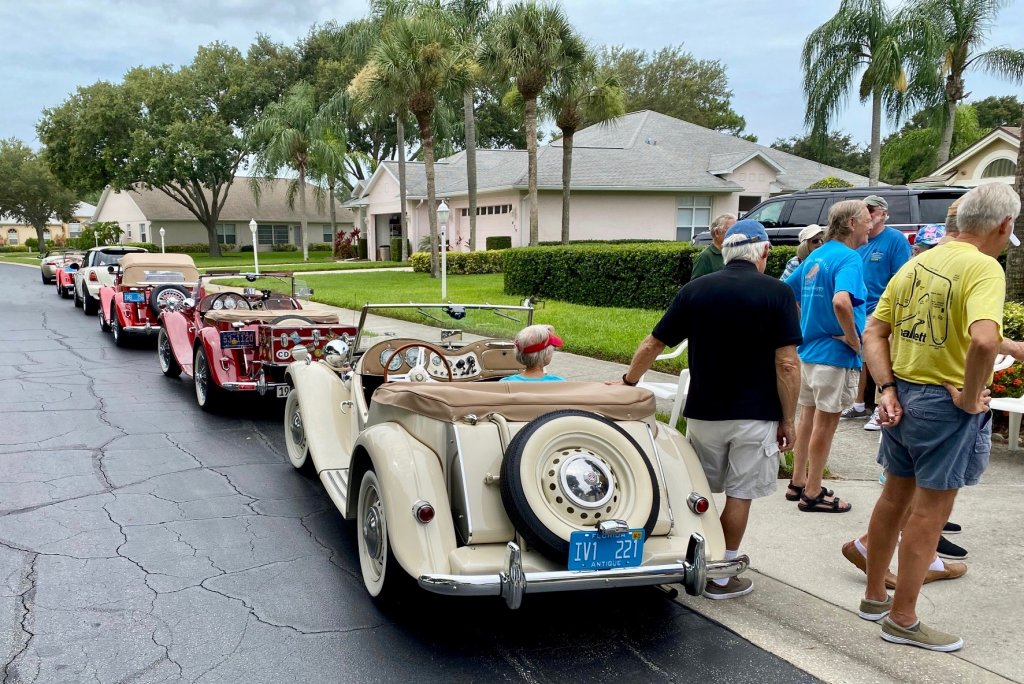 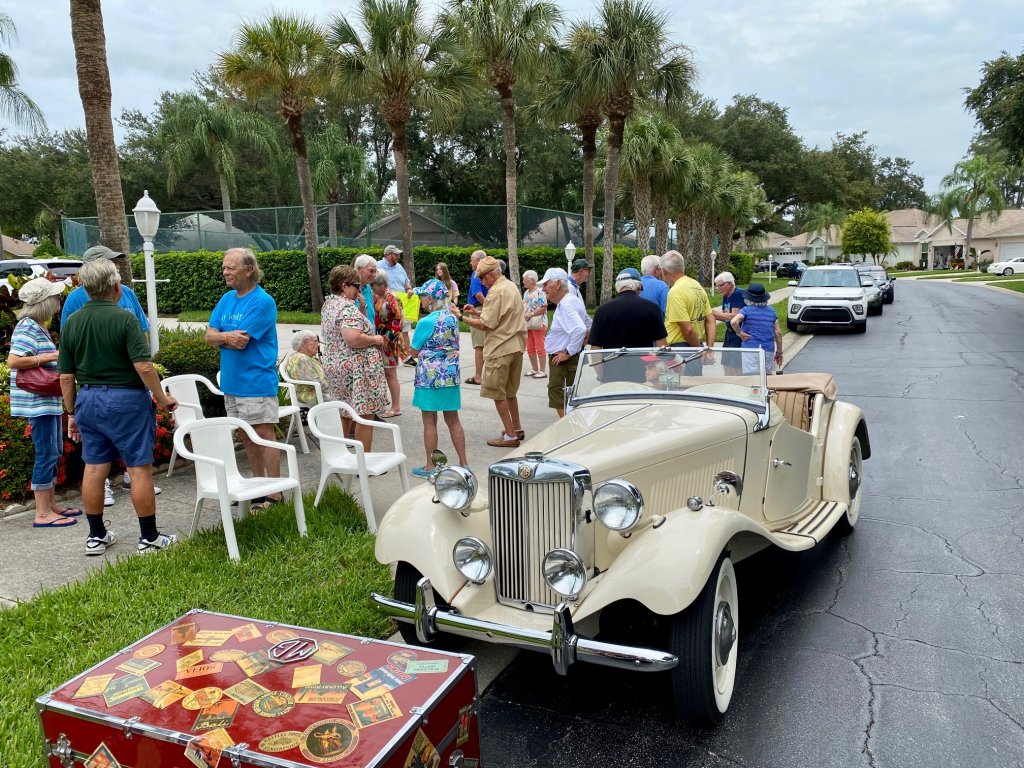 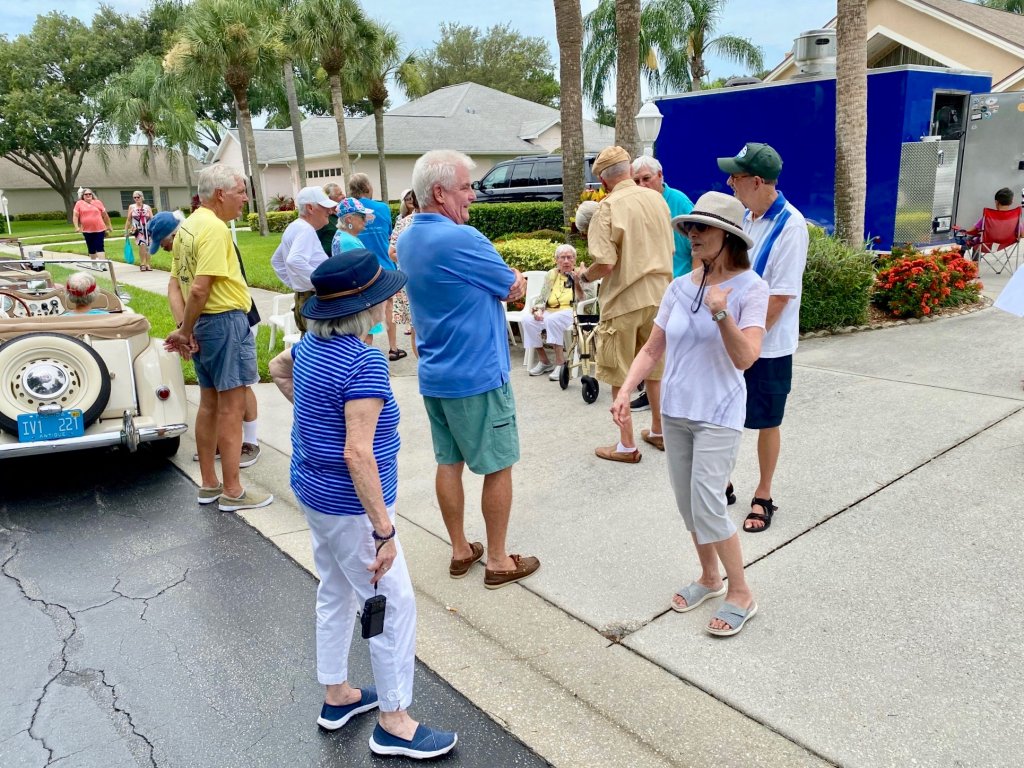 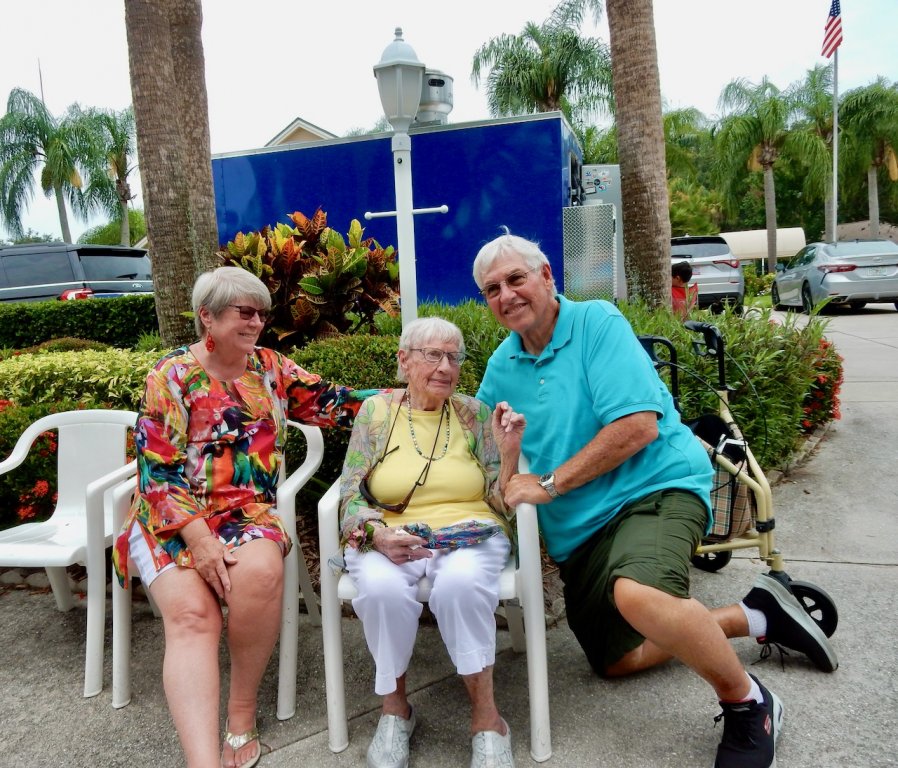 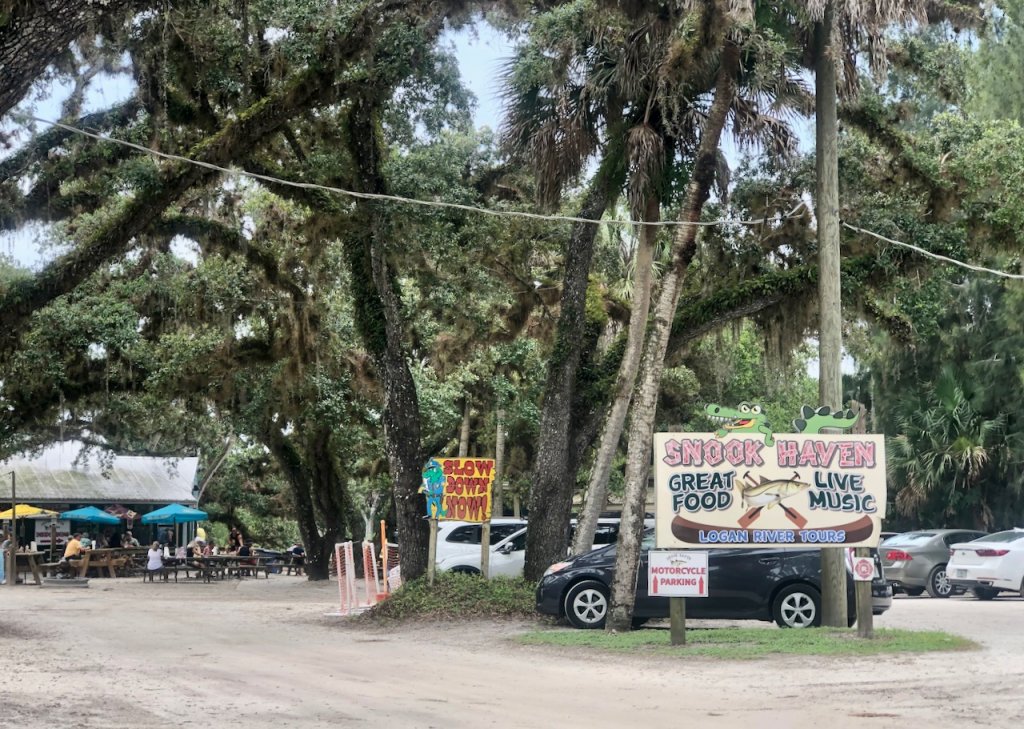 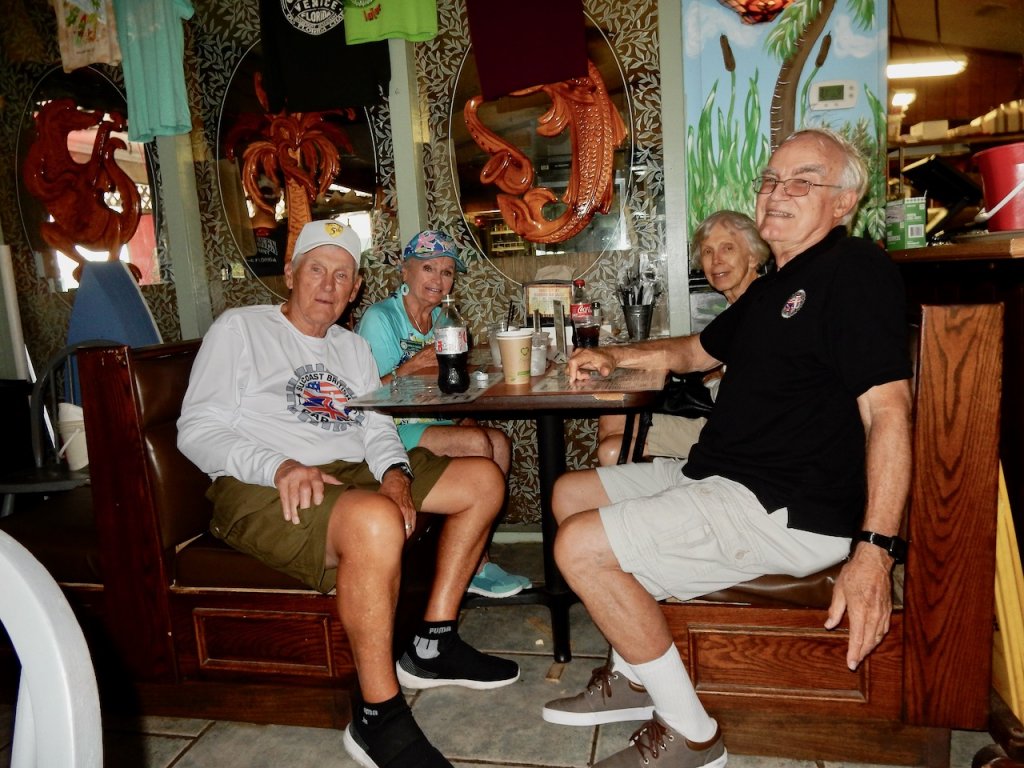