On Saturday, July 16, there was a showing of some 17 Lotuses (or plural slang, Loti, if you prefer) in the park at St. Armands Circle on Lido Key, Sarasota.  St. Armands is a renowned shopping and dining district established in 1926 by circus and real estate magnate, John Ringling. The event sponsor, Lynches Pub & Grub, invited other British car owners to participate. There were several LBC’s from out of town. And, according to SBCC President, Bruce Skaggs, thirteen members of our Club joined the show, including three who brought their Lotuses. It was a nice event in a highly-trafficked locale.

Thanks to Bruce and also Cliff Koehler for input. Cliff also provided the excellent photos, except for the two noted.

And finally, Don’t expect me to stop if you’re broken down by the side of the road. You were offered an extended warranty several times. 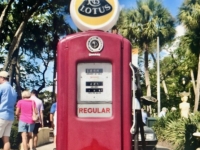 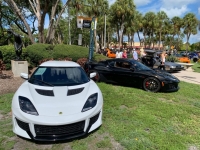 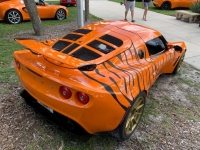 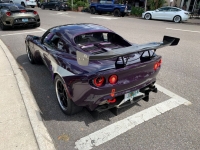 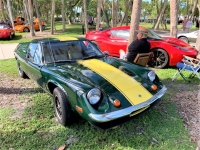 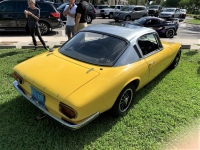 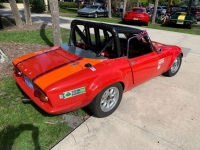 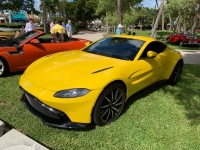 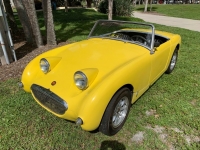 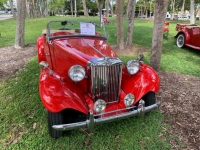 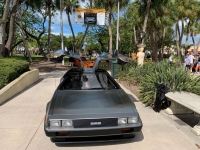 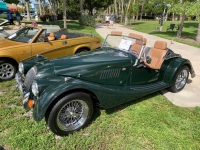 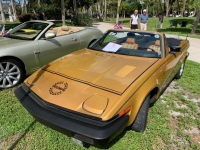 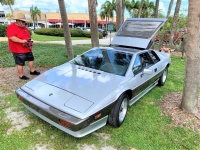 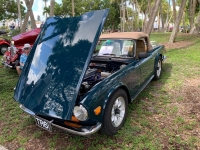 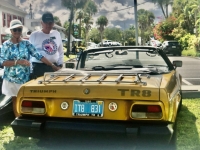