The Suncoast British Car Club held their annual New Members Luncheon Dec. 11 at Jacaranda Trace, a full-service, elegant, gated retirement community in Venice, Florida.
Sunny skies and the opportunity to formally welcome the club’s new members brought out 55 members who lined up their 30 vehicles in a grassy area behind the main condominium building. In a separate dining room upstairs, the group was treated to a flavorful three-course meal of lobster chowder, chicken Marsala, and topped by chocolate cake. The event doubled as a car show for appreciative Jacaranda Trace residents who browsed among the variety of British cars. It was cool in the morning, but by noon, coats were being shed.

The event was made possible by resident club members Tom & Shirley Gooding, with assistance from Debbie Wilson and Betsy McOmber. 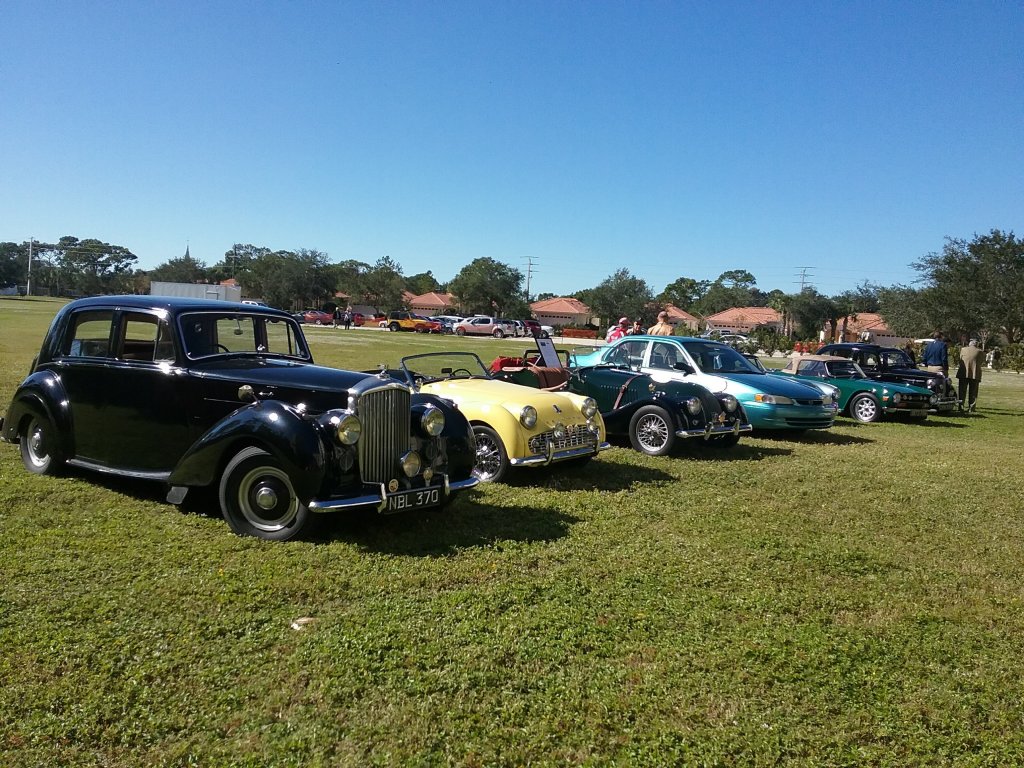 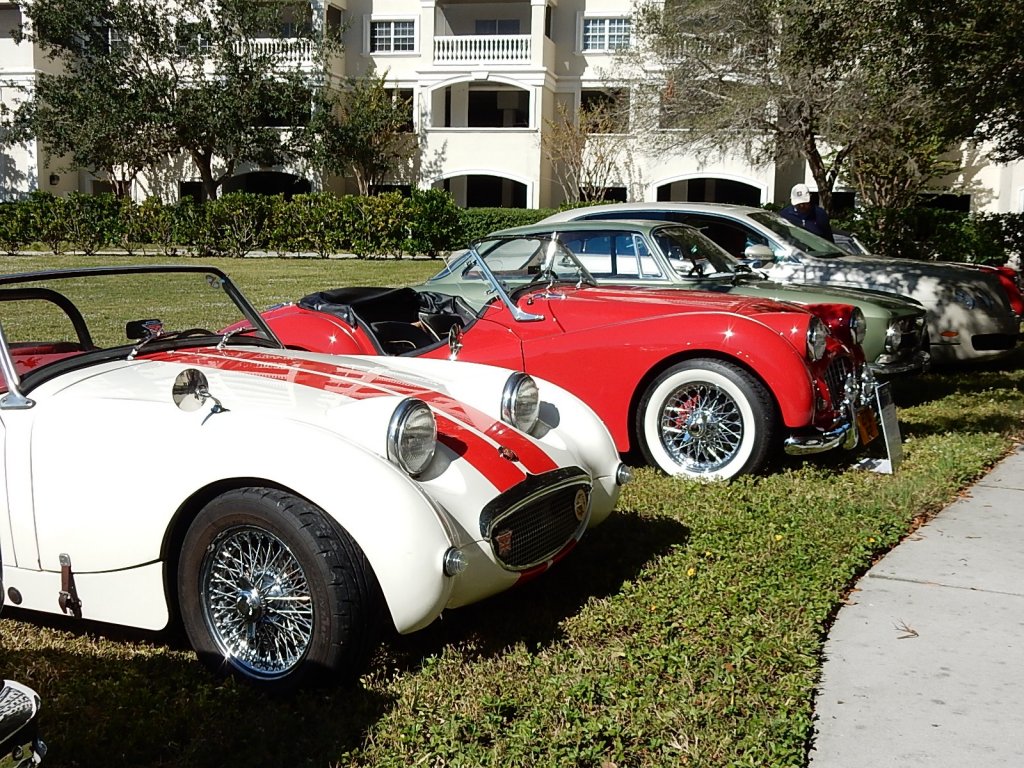 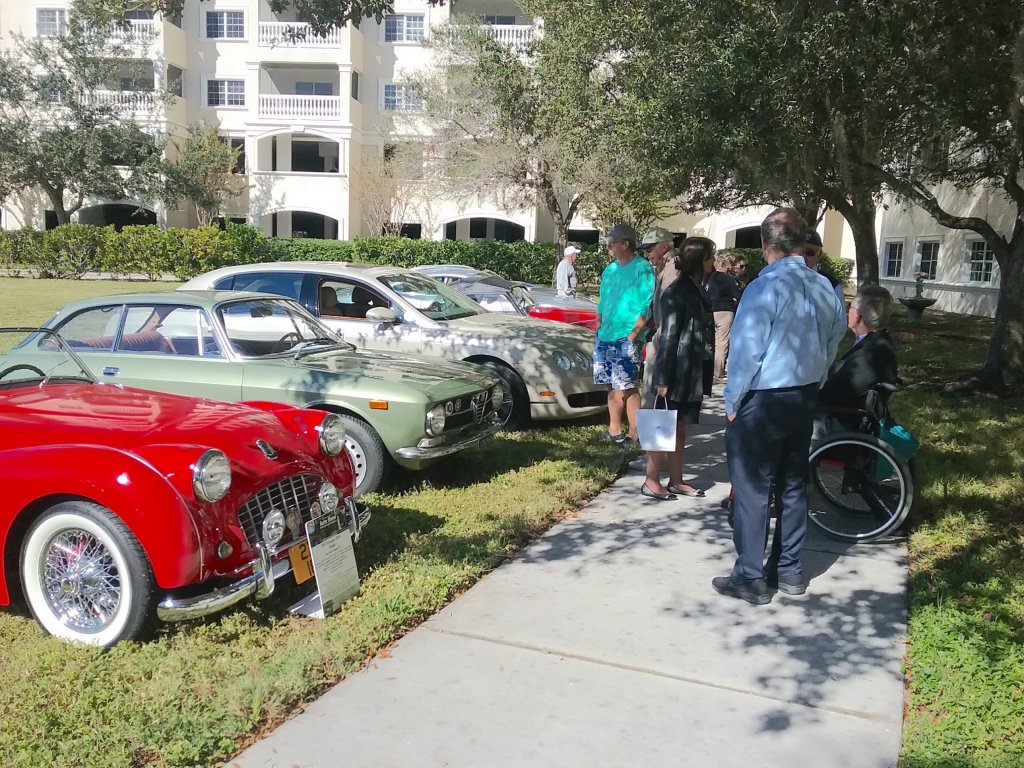 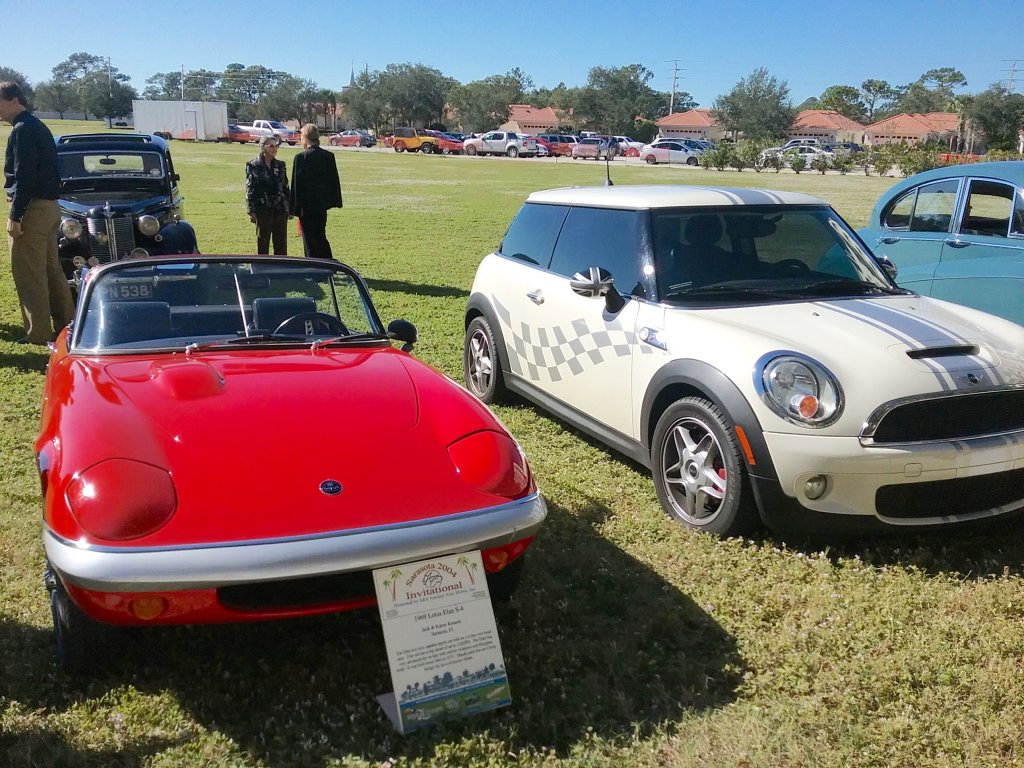 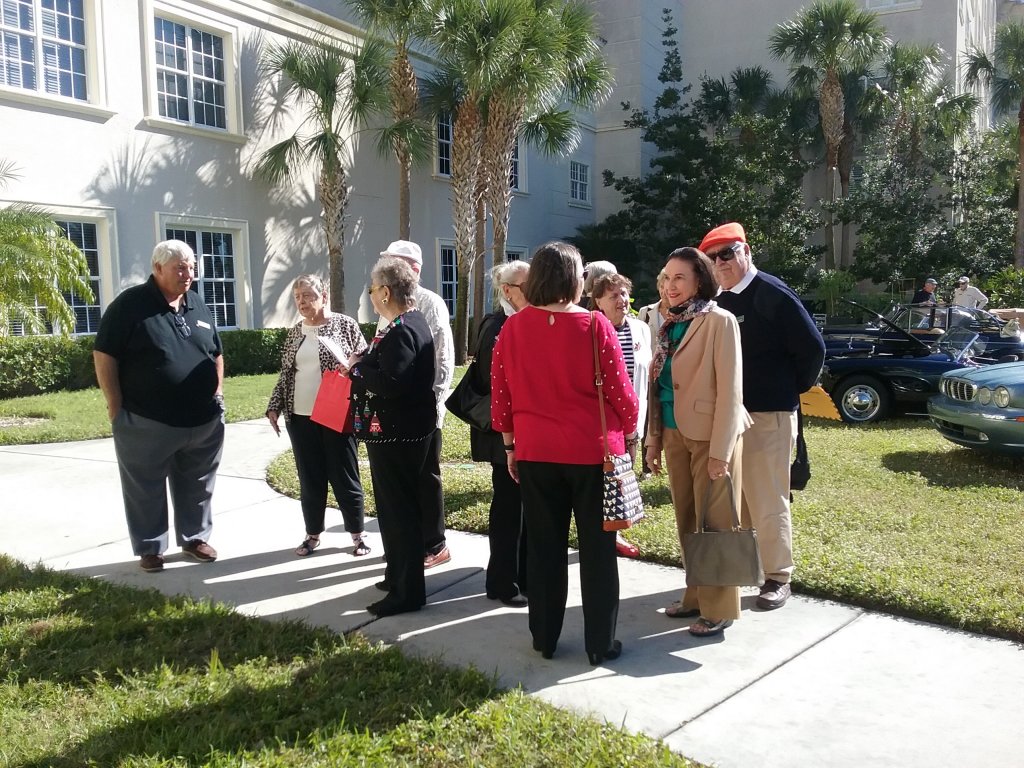 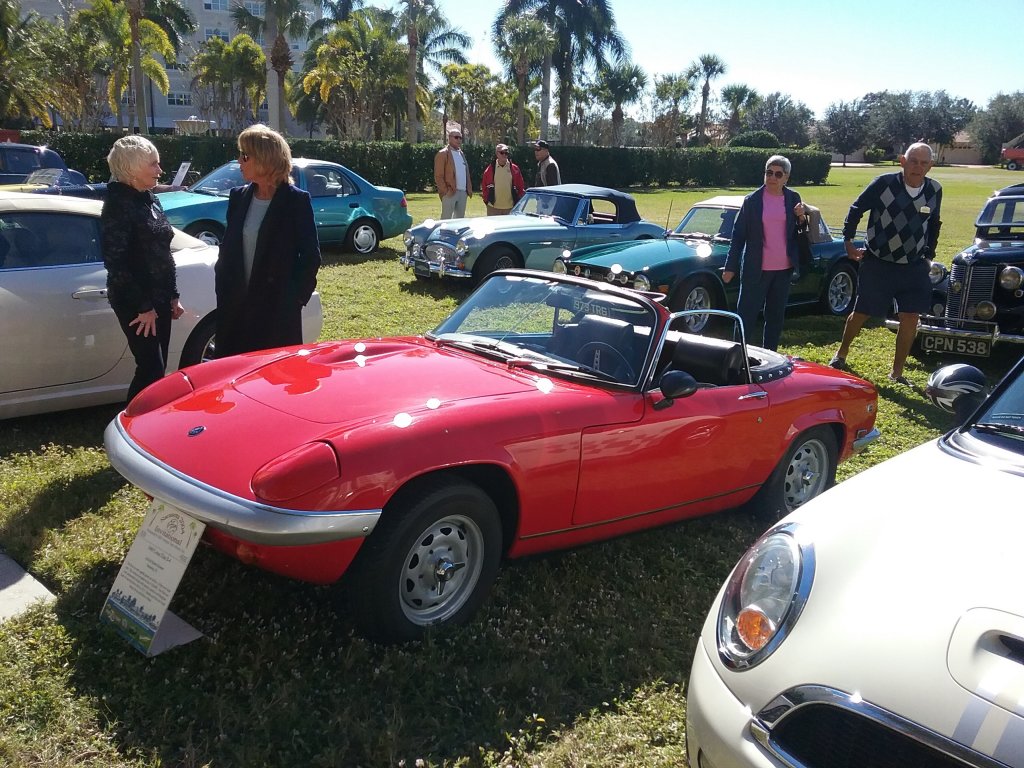 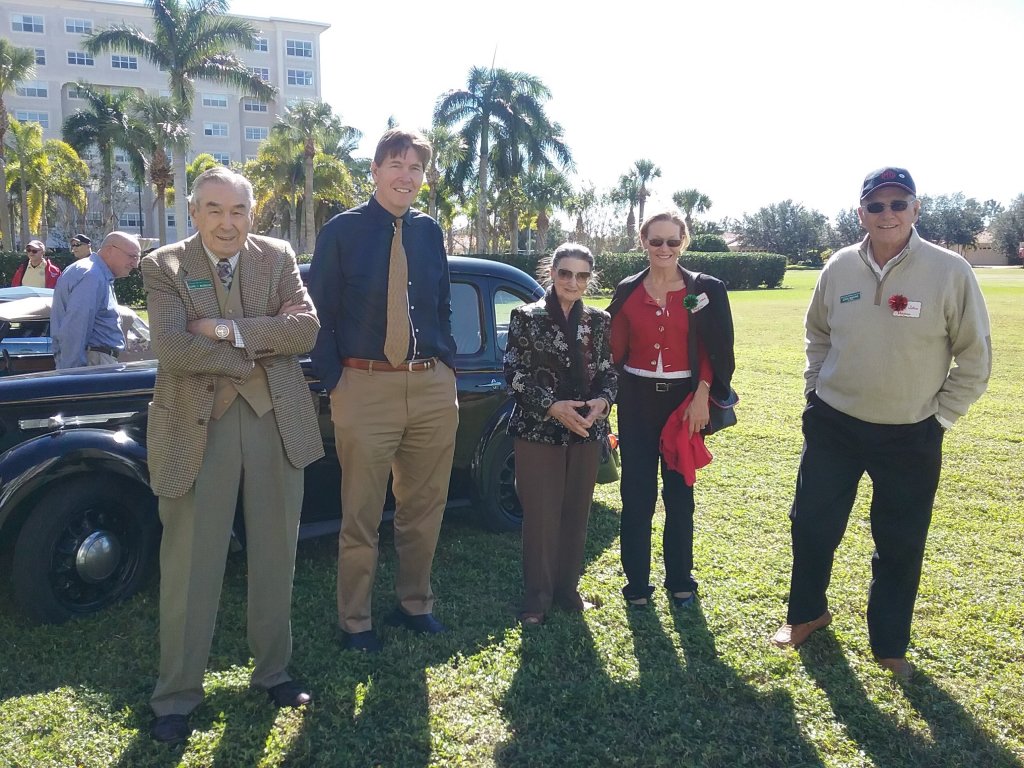 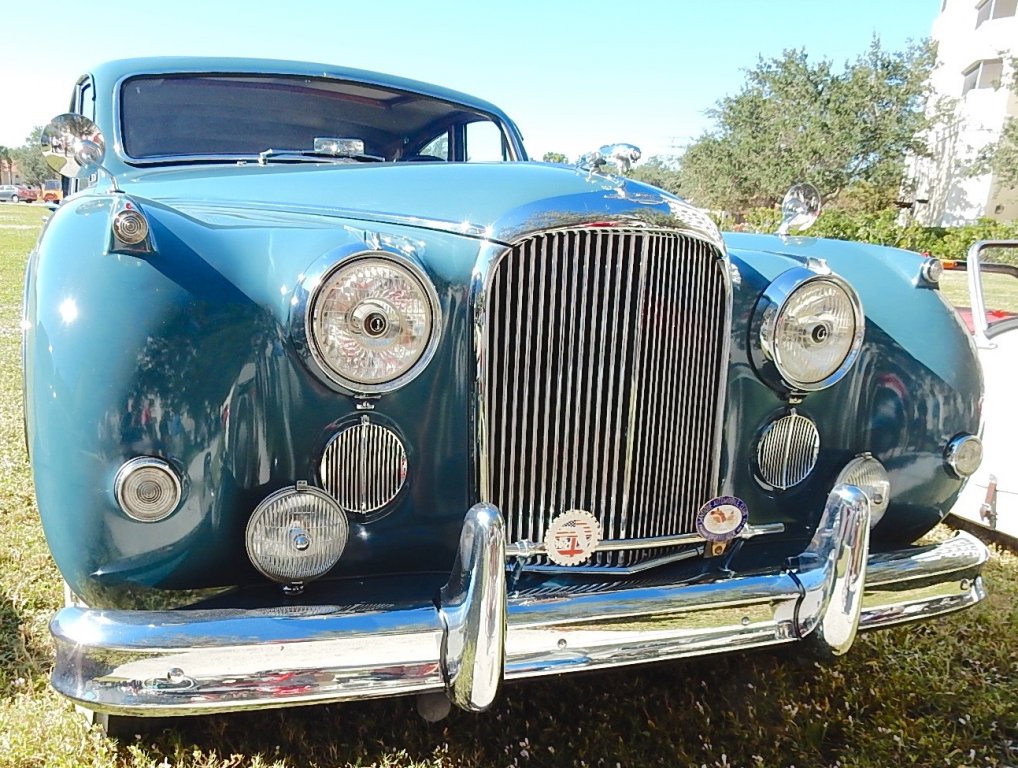 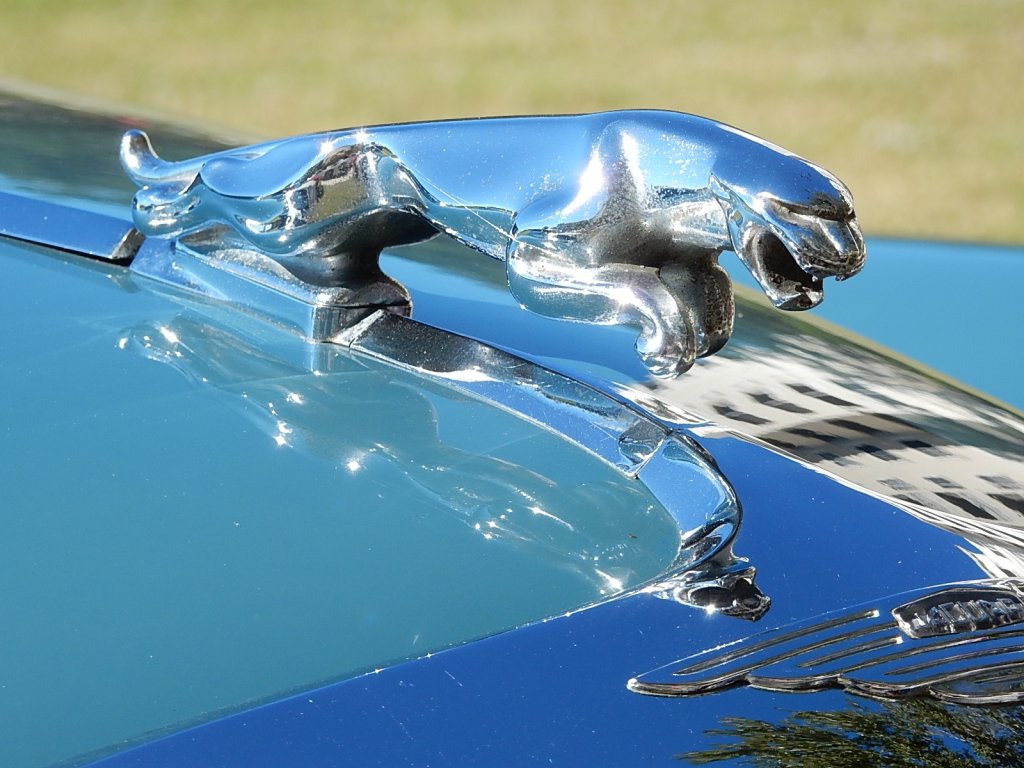 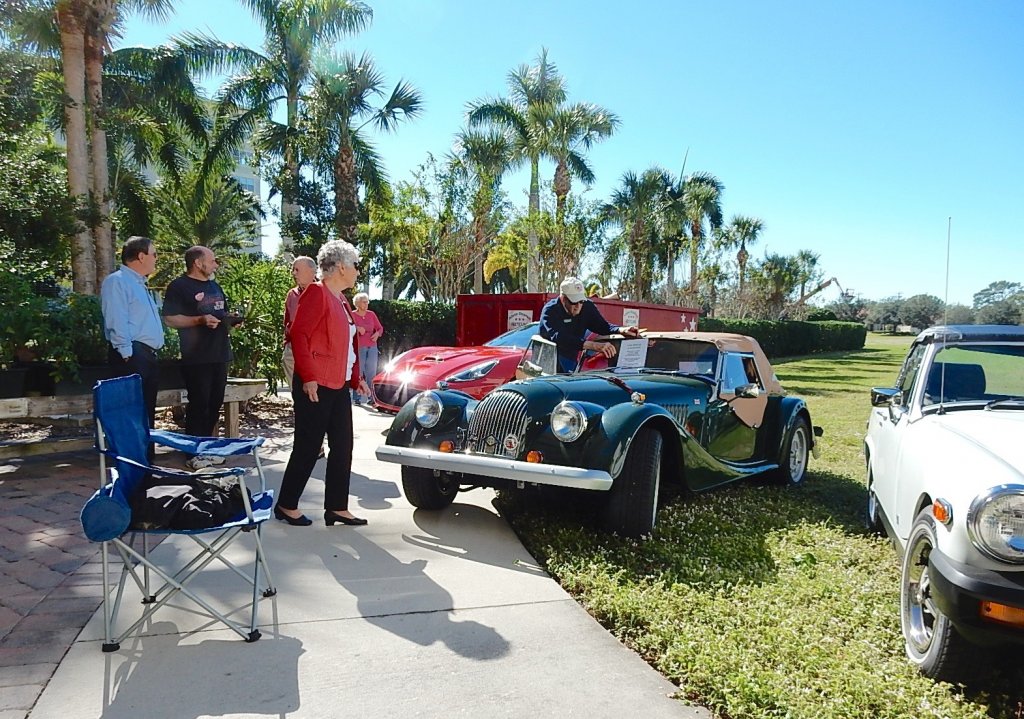 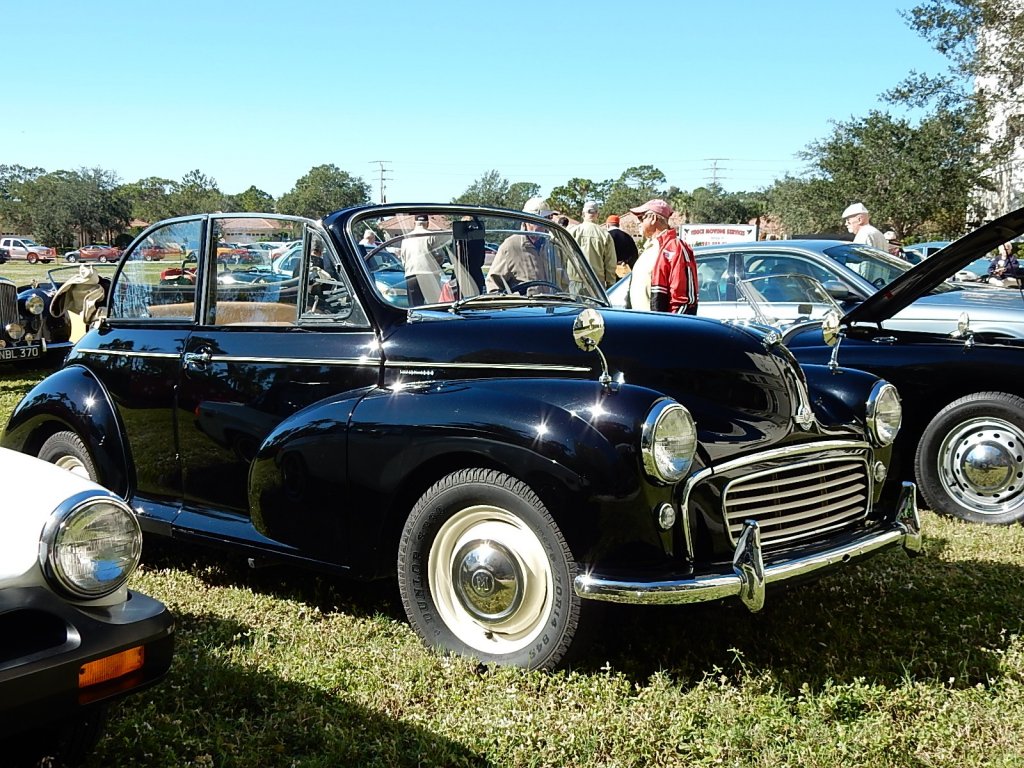 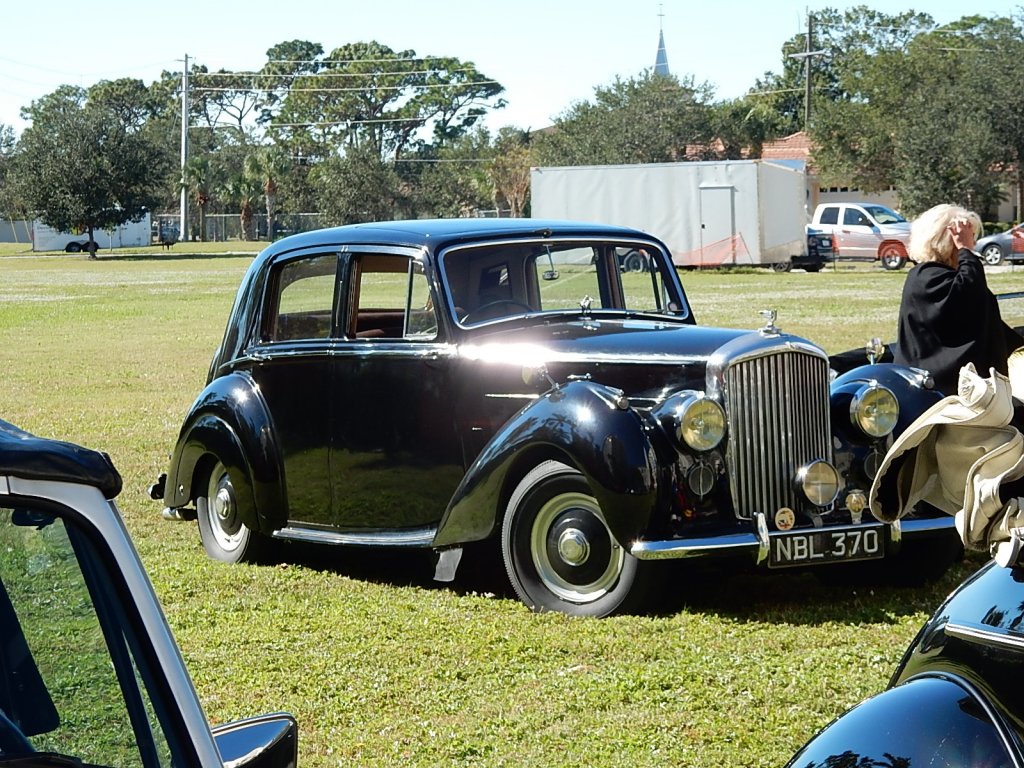 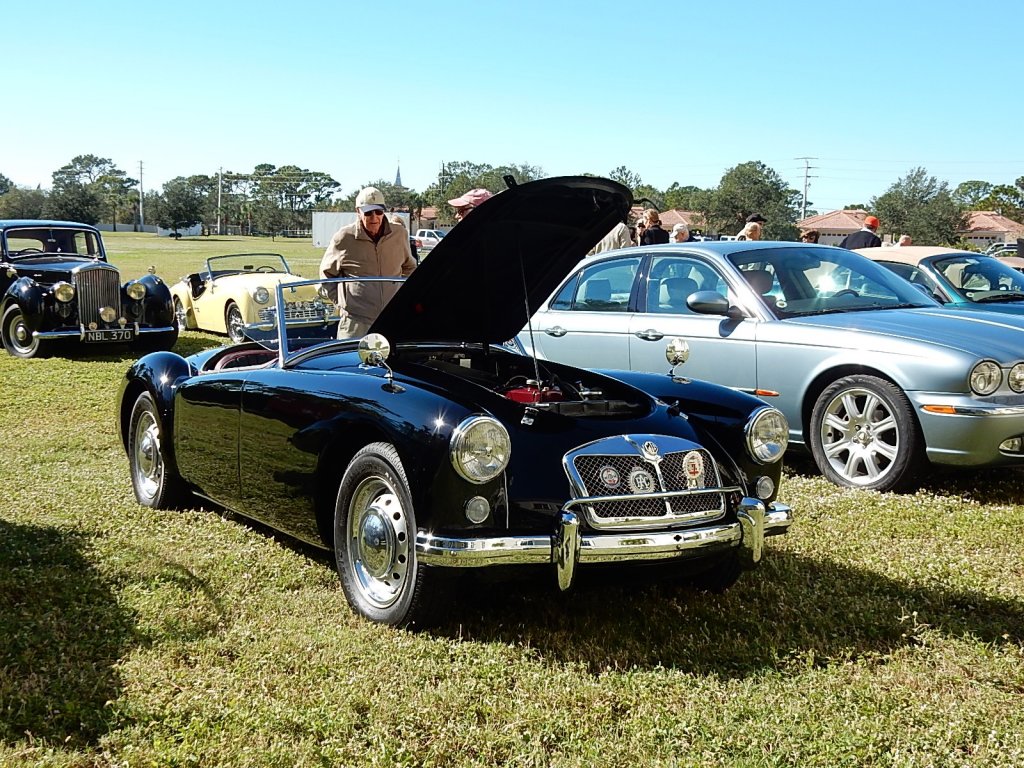 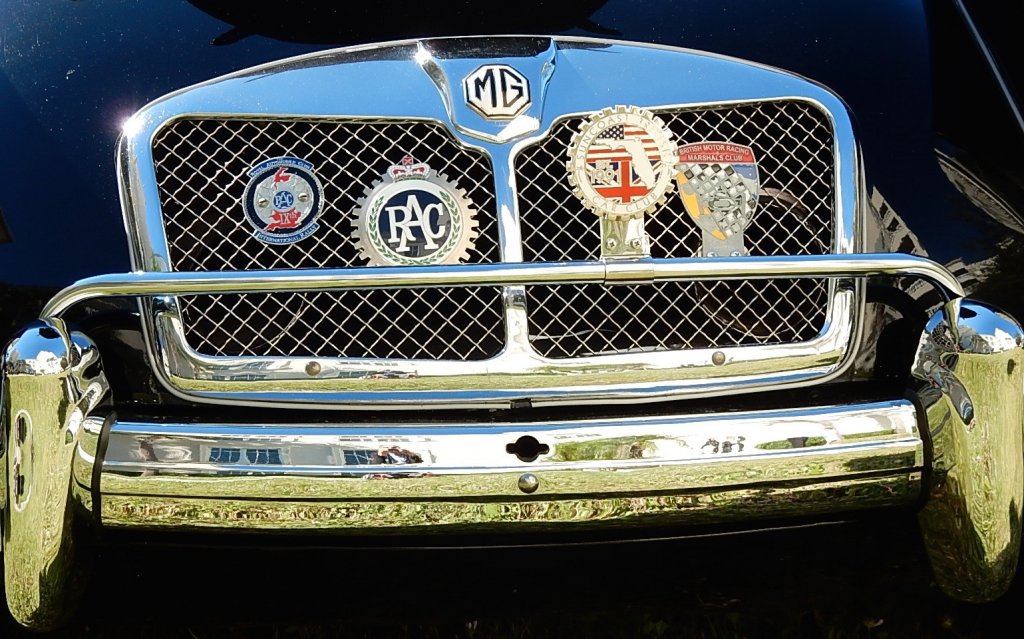 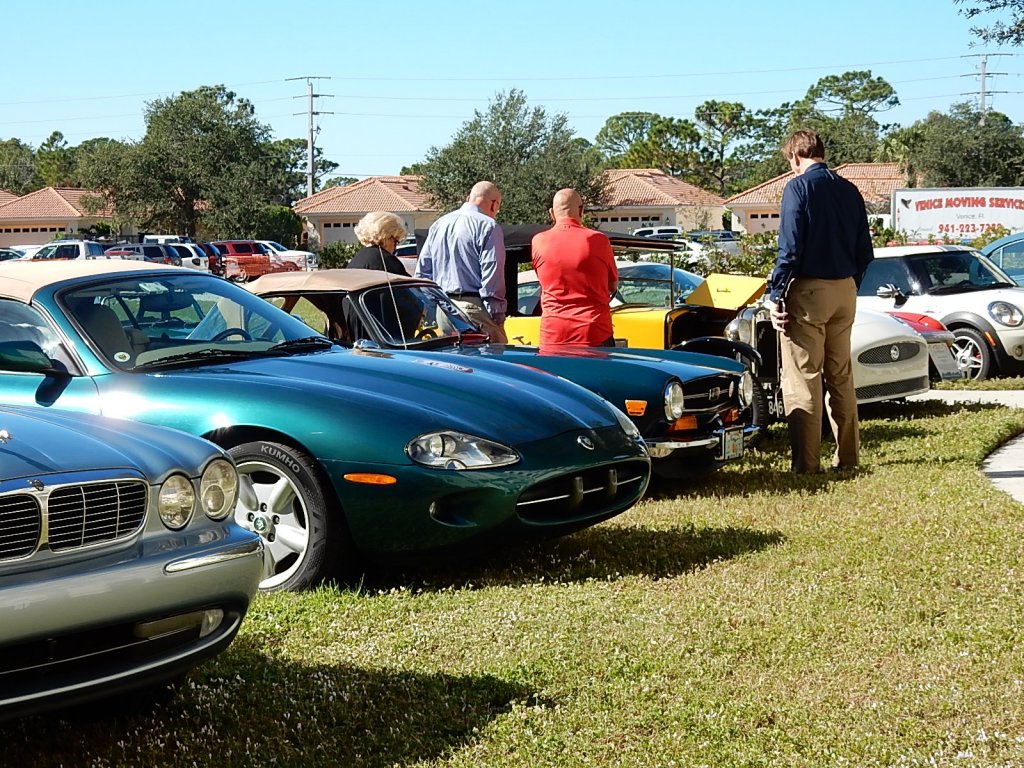 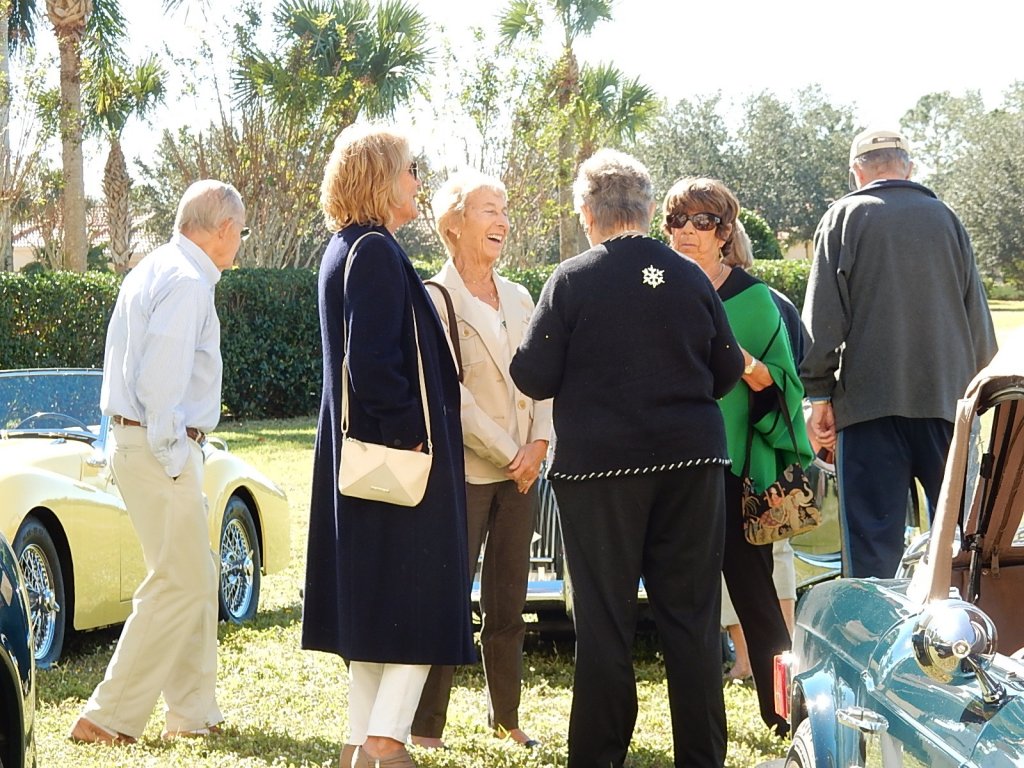 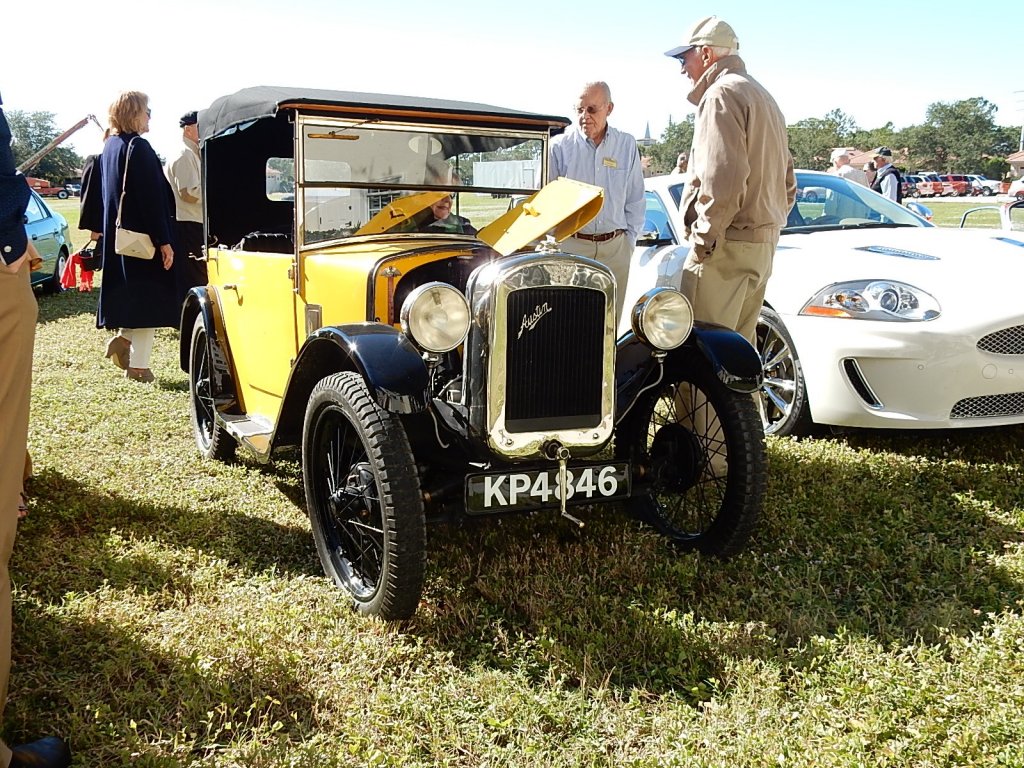 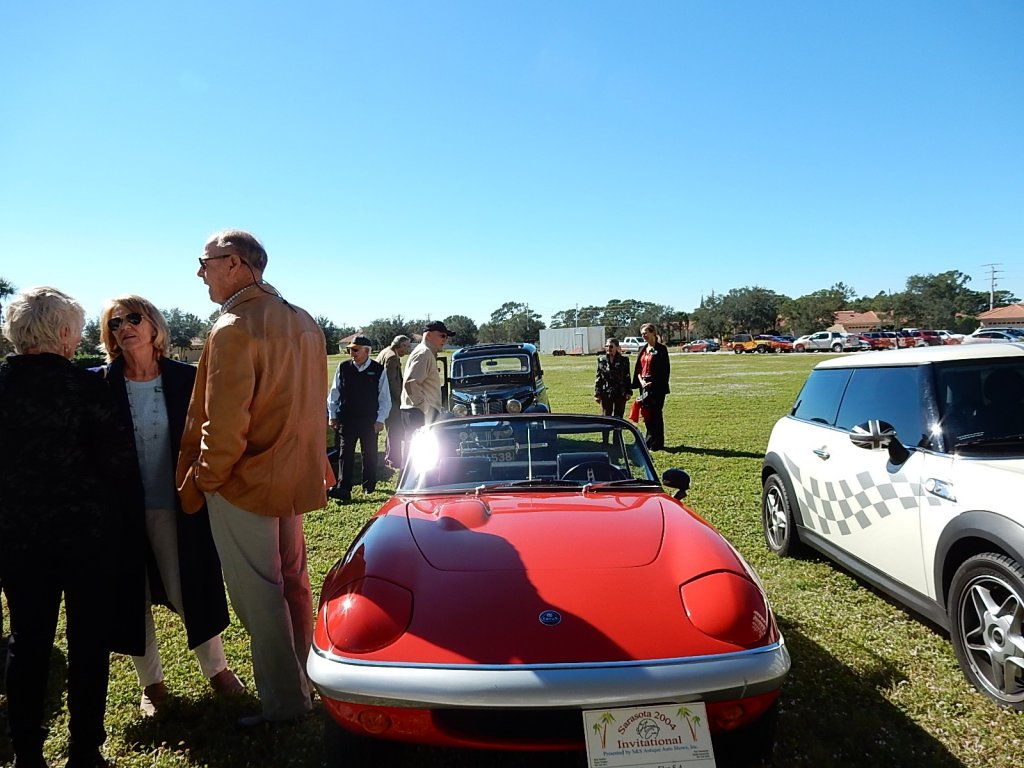 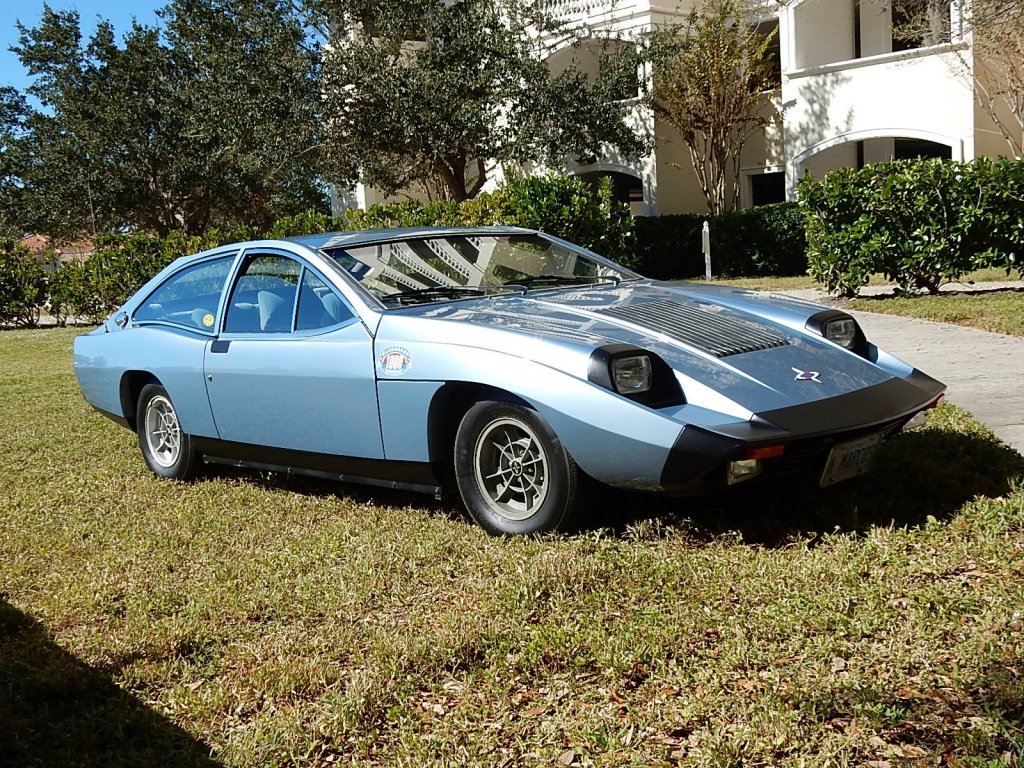 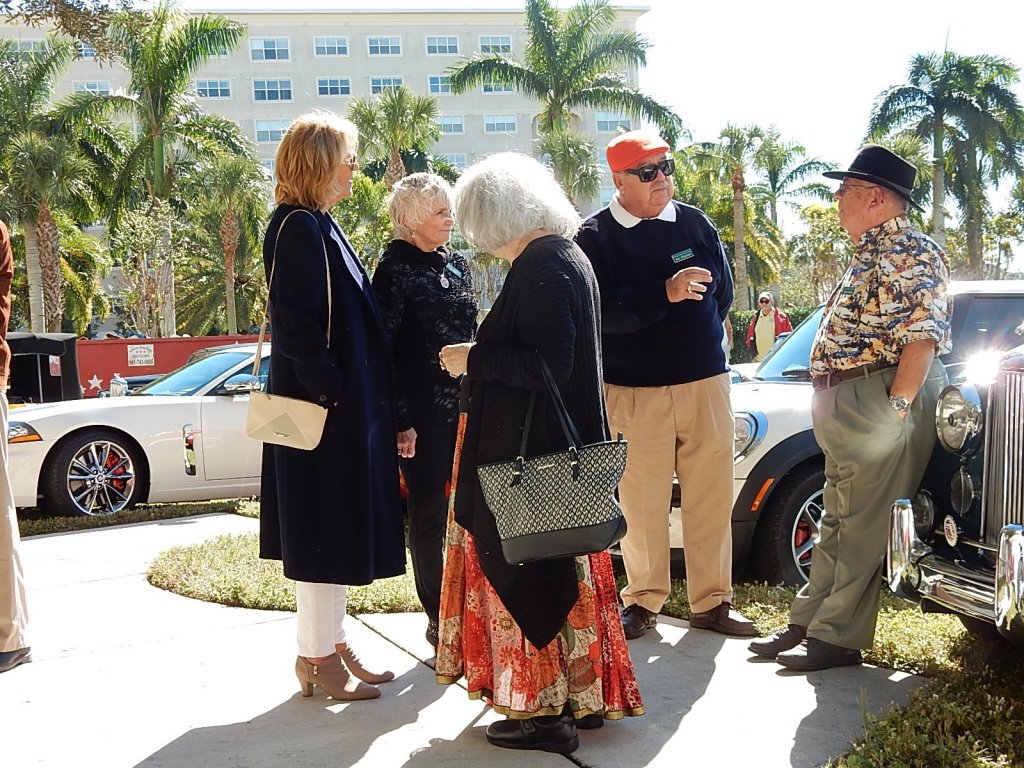 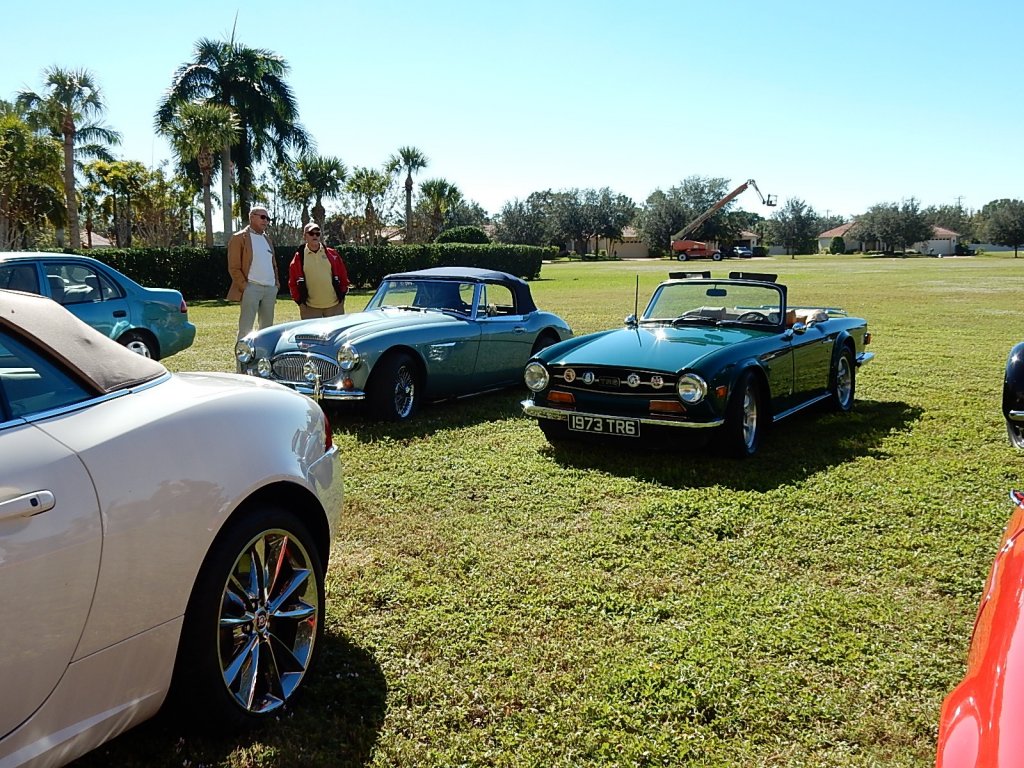 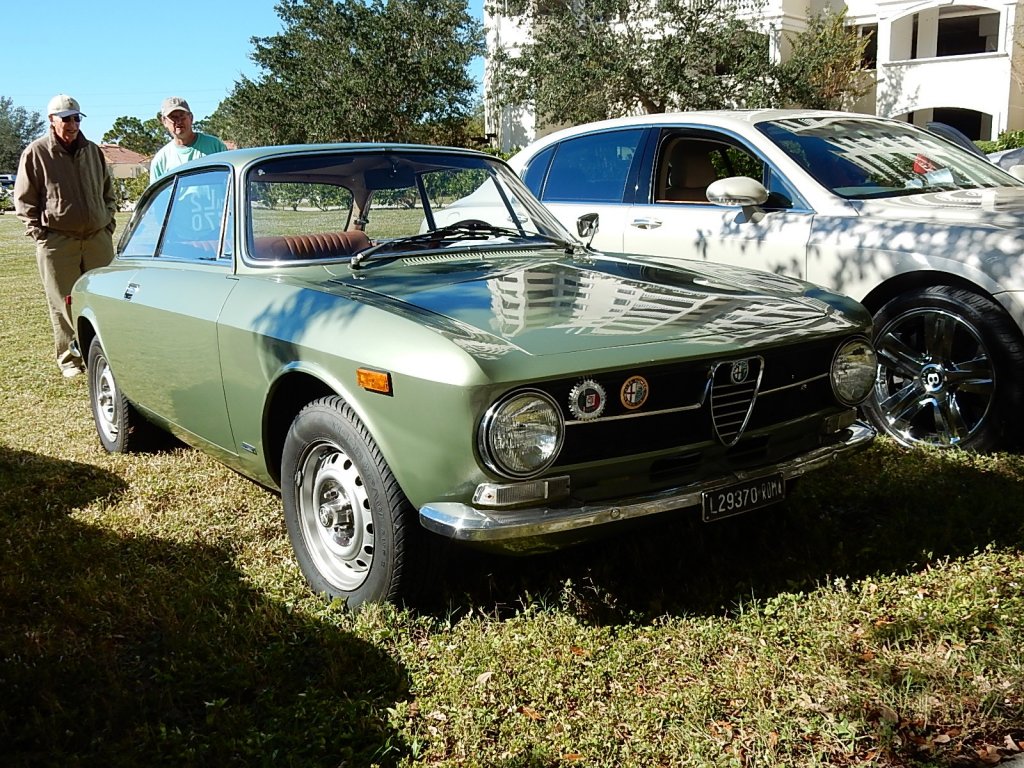 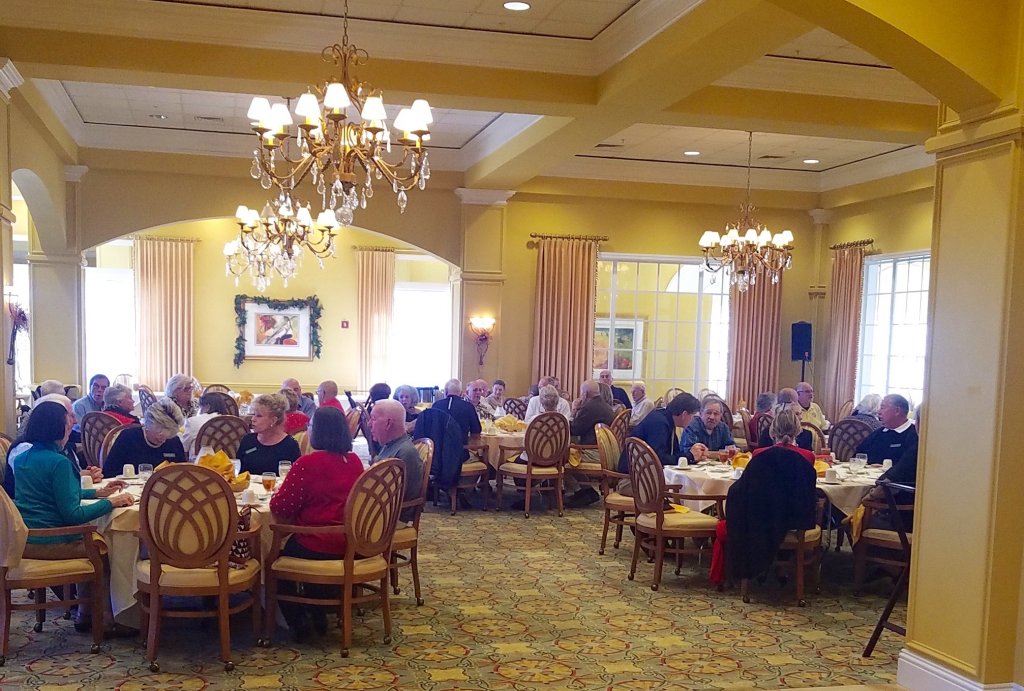 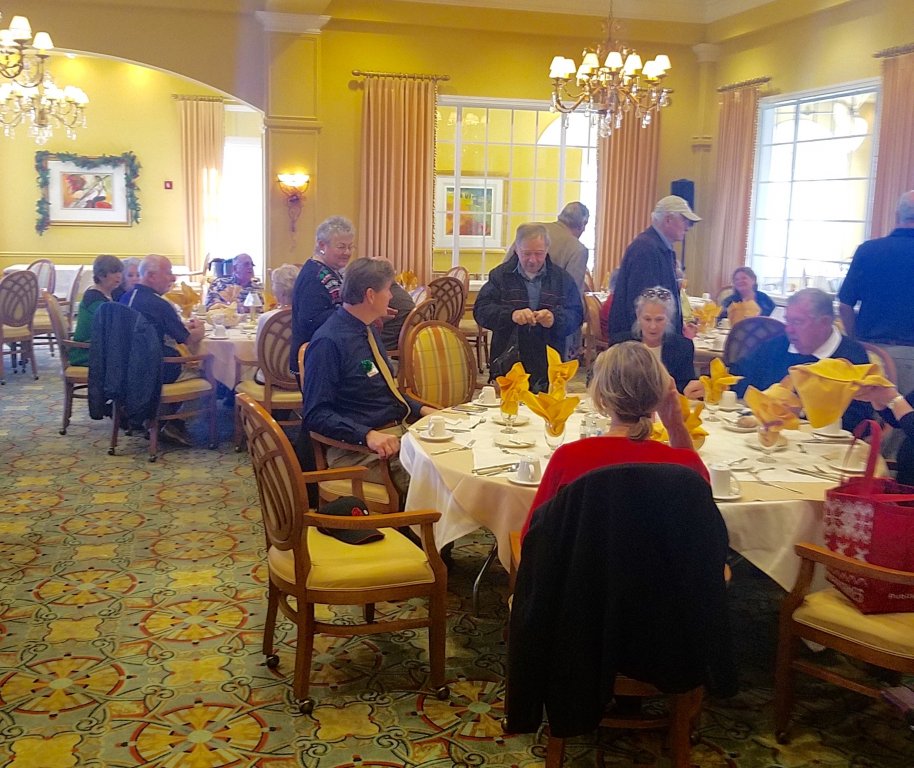 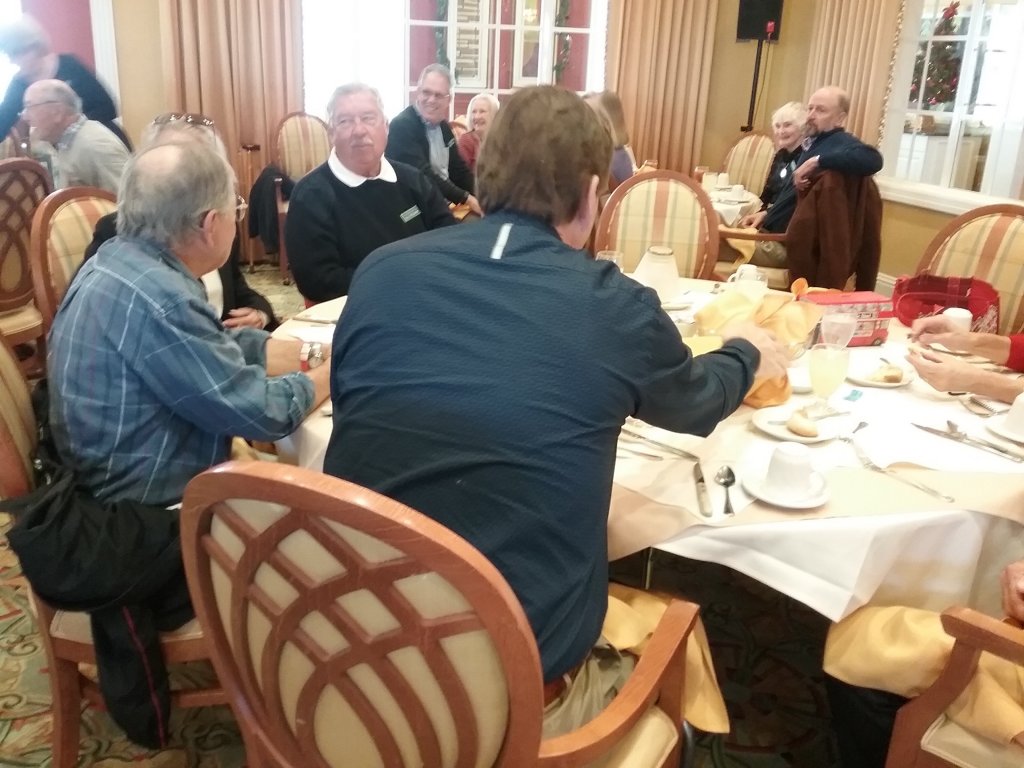 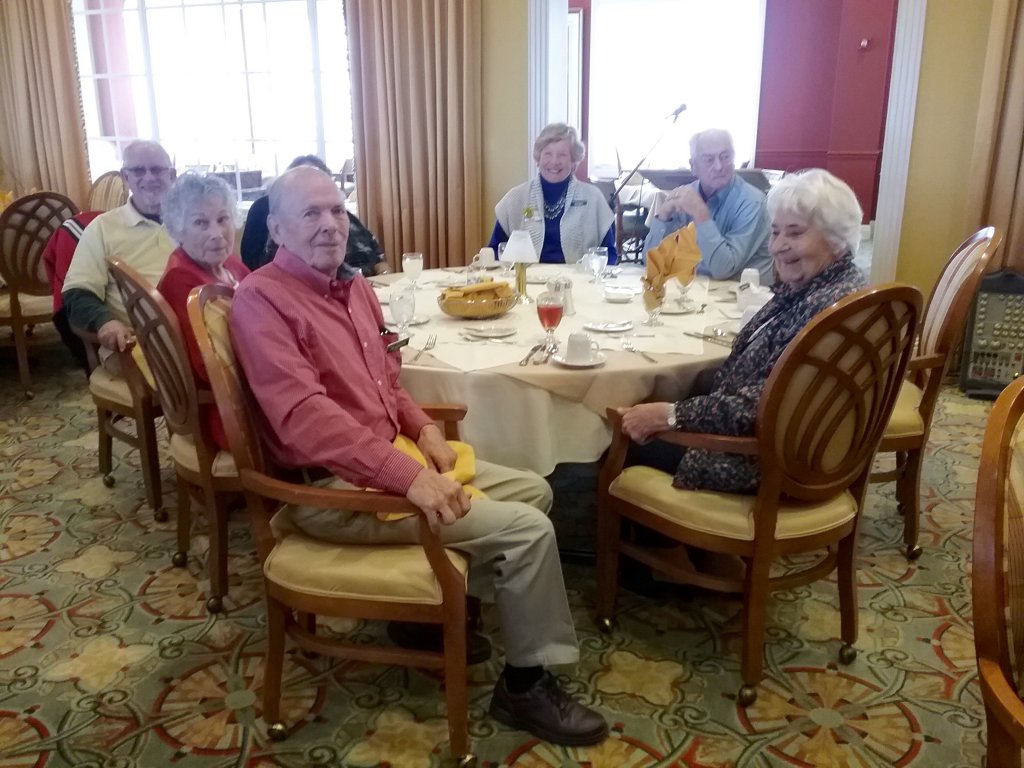 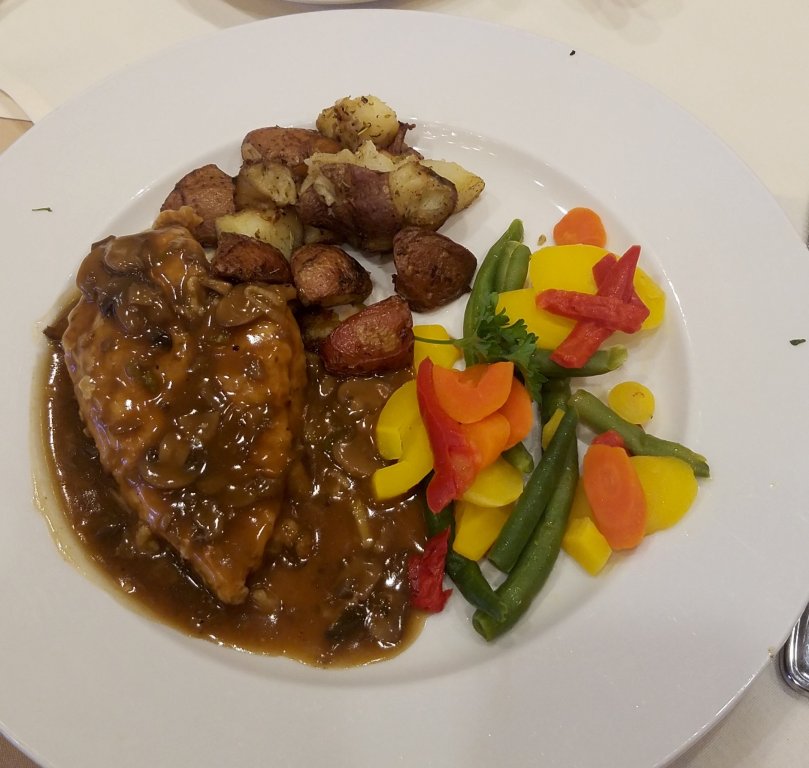