Throughout club history, we have always had a very active schedule in January. (Readers are invited to look at event reports in this column from prior years.) For as long as anyone can remember, each year always began with our traditional January 1st White Elephant Gift Exchange & Potluck Picnic at Turtle Beach on Siesta Key. This would be followed at mid-month by a car-display at the Venice Rotary Arts Festival next to the airport. And finally, another display at the Sarasota Highland Games and Celtic Festival at the County Fair Grounds at the end of the month. Unfortunately, under the pall of the pandemic, all of these events were cancelled for 2021. However, the club still managed three smaller-scale events following precautions that the CDC could appreciate.

On January 10, there was a “drive to nowhere” led by (now) VP Jim Wilson. Seven cars started the drive and, which is not usually the case, all seven finished at the same time and place!

January 24 featured another driving event led by Jim. Enticed by the forecast for blue skies and a temperature approaching 80 degrees, 13 cars participated in a 80-mile tour of the countryside. As is the case with most of these drives into the Florida interior, the circuit began and ended at Stottlemyers Smokehouse on the eastern edge of Sarasota. And, in the continuation of a positive trend, all cars finished this time also.

To end the month, on January 27, the Suncoast British Car Club joined with the Sunshine Region Antique Automobile Club of America in a Drive-By-Parade to visit four ALF/Skilled Nursing Homes. At each facility the staff and residents were outside as the caravan slowly drove by. Twenty cars participated in the two-hour drive around Sarasota. We’ve done these parades before at assisted living facilities and this one was a great success, both in terms of the variety of our cars, and also the turnout of appreciative residents. The SBCC had 12 cars – 3 Jaguars, a Triumph TR3, 2 TR6’s, a TR7, a TR8, a MGB, a MGTD, a Sprite and a Morris. It was a beautiful warm day, ideal for the event.

Thanks to faithful correspondent Bruce Skaggs for the reports and photos of these events. And a thanks also to Anita Woods for additional input. 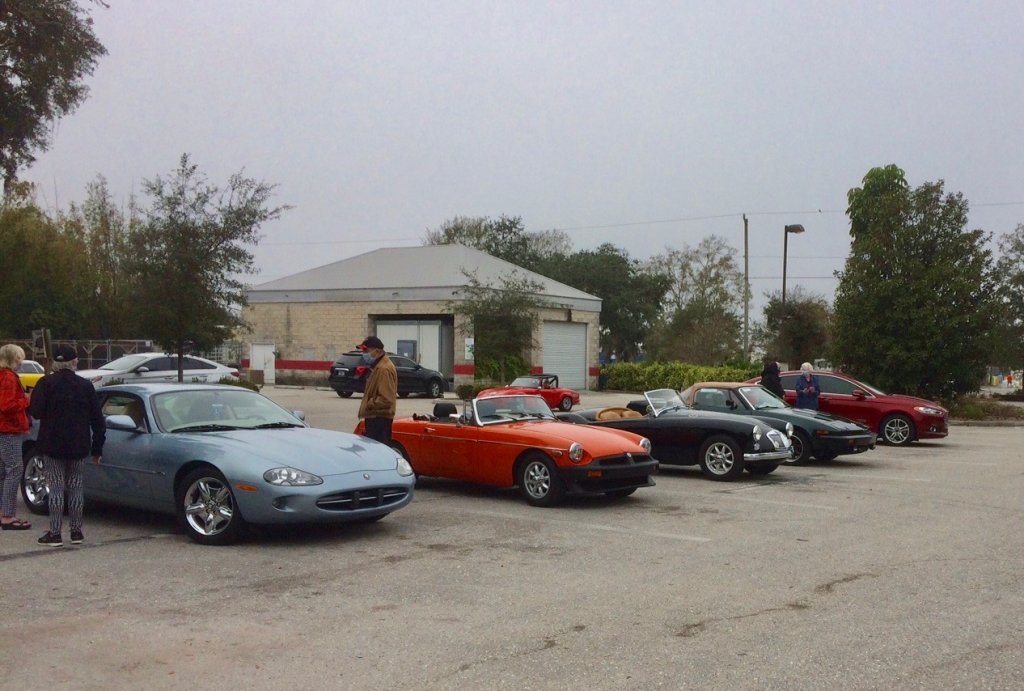 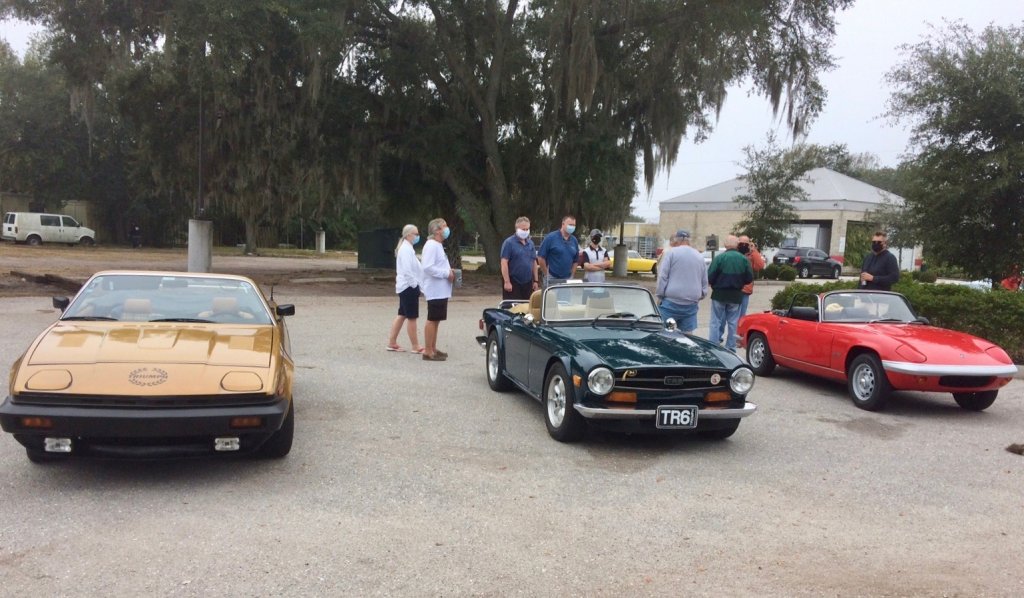 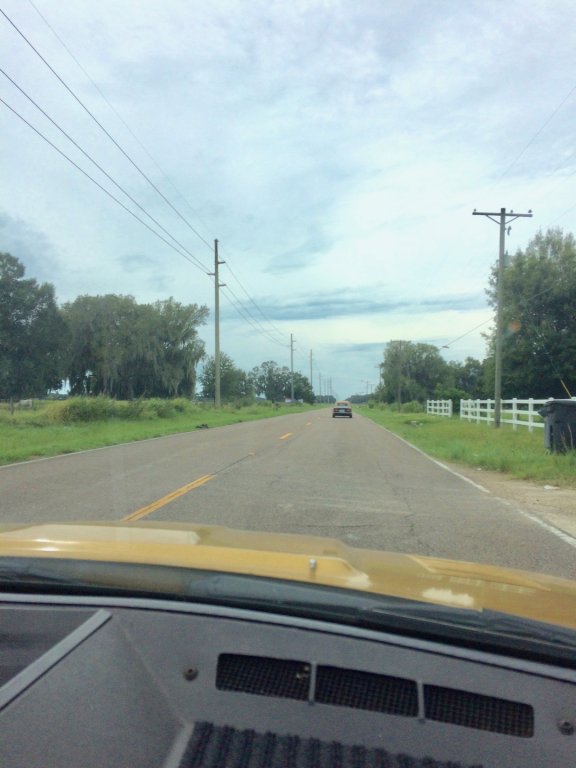 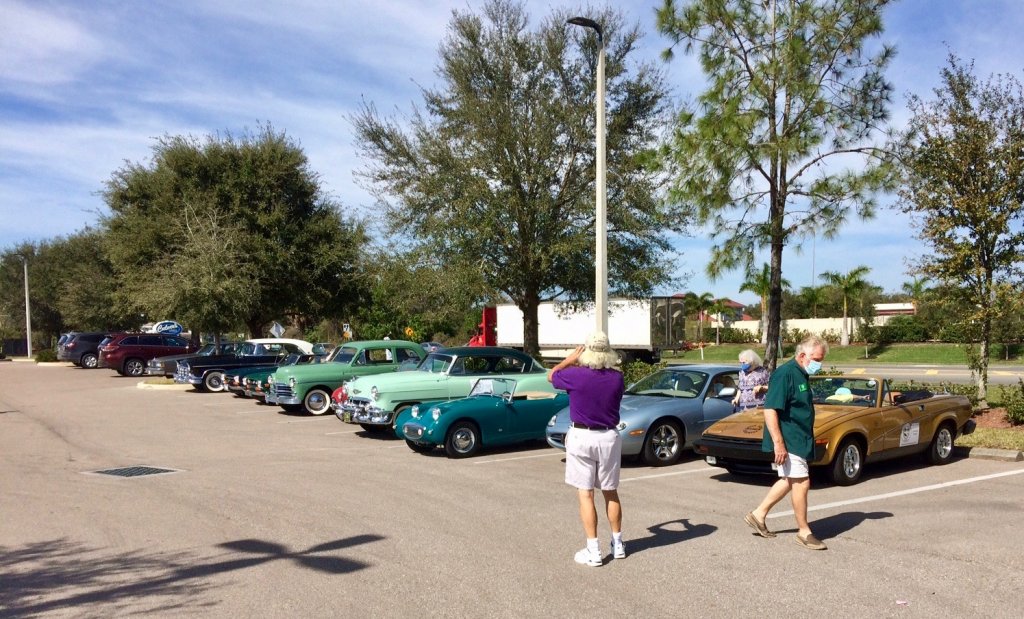 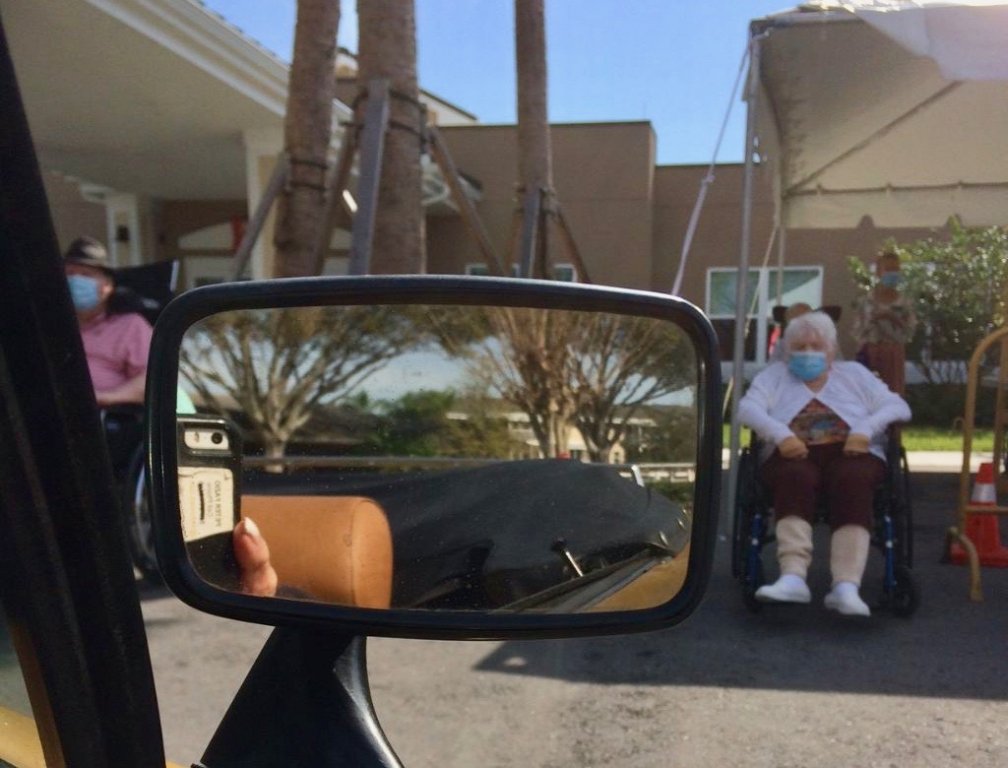 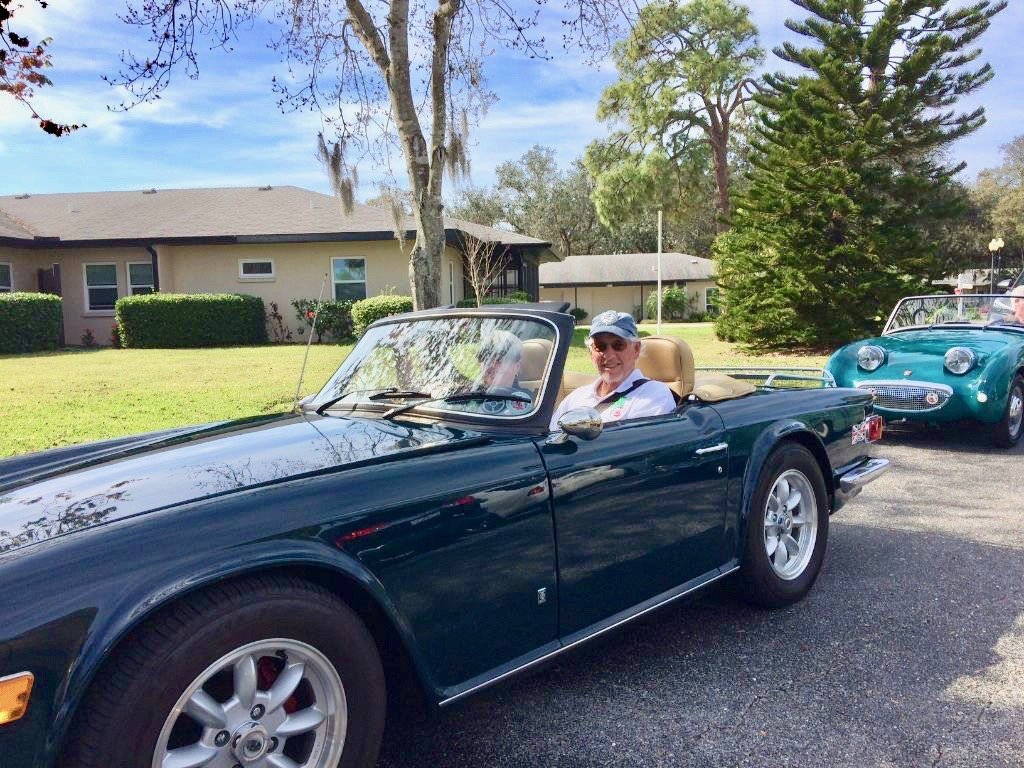 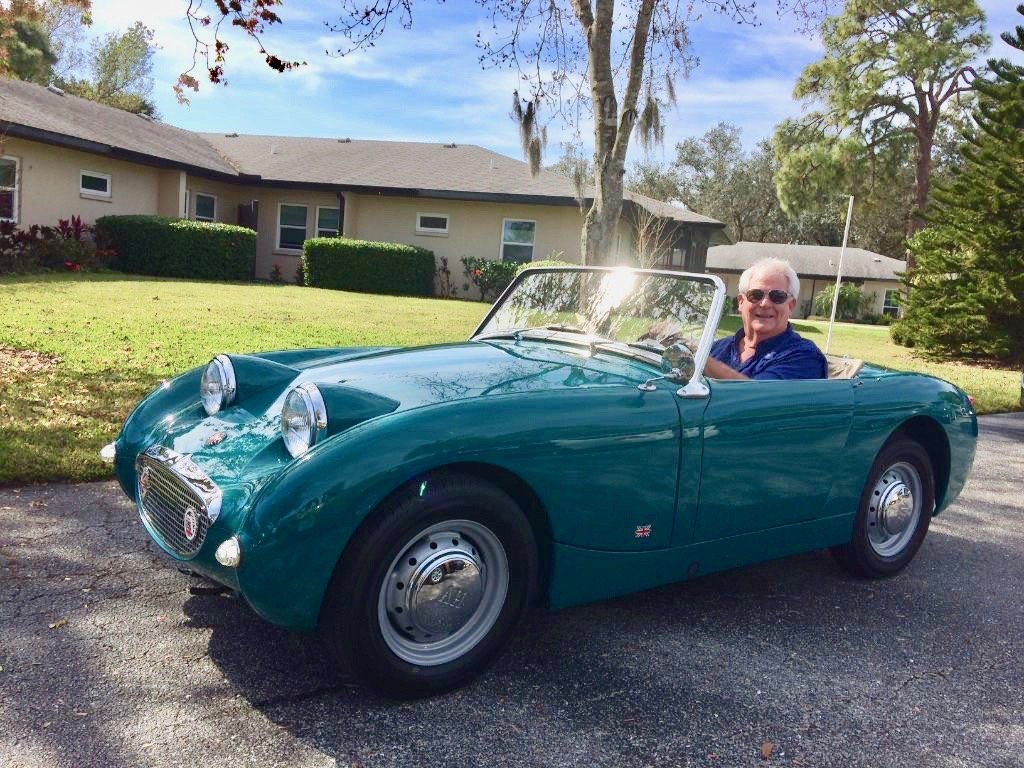 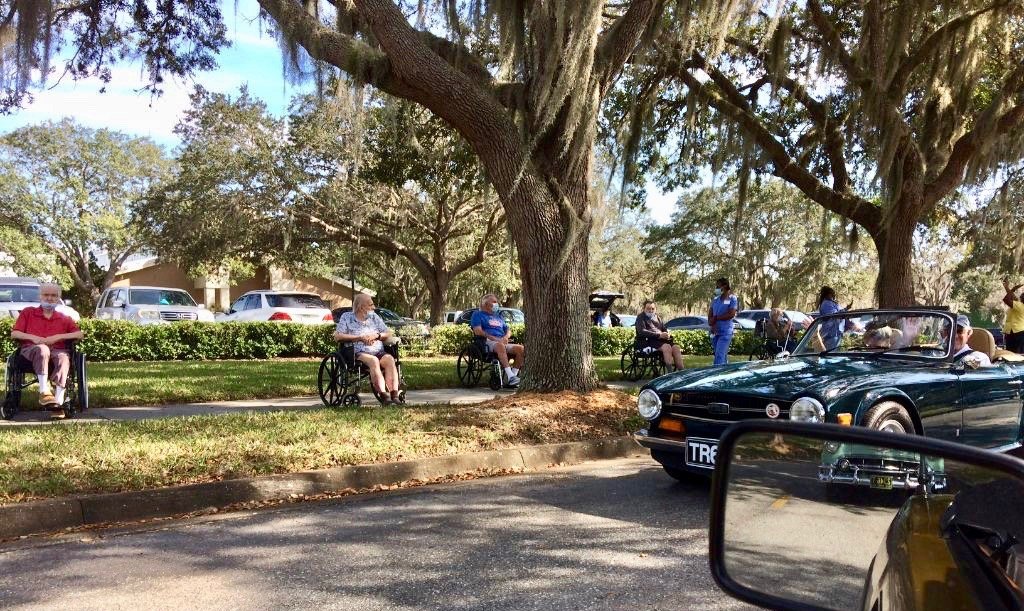 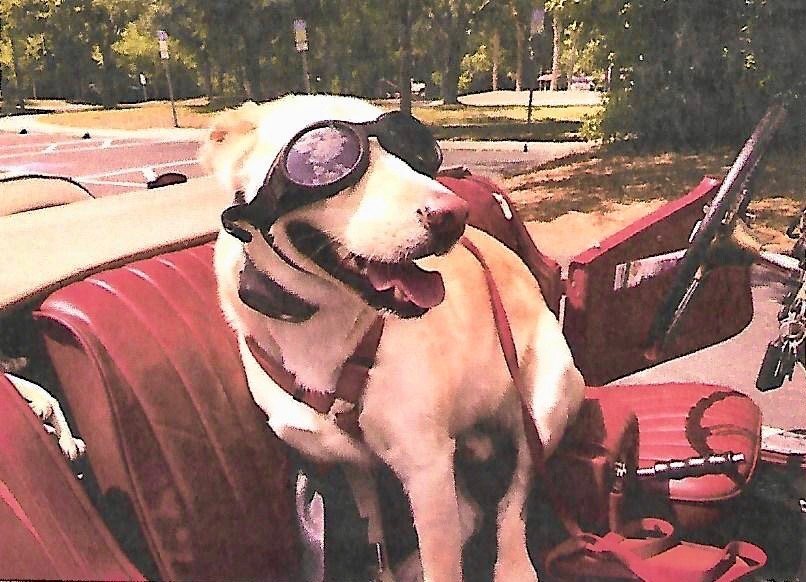