On October 22, seven members of the SBCC motored north to Safety Harbor, FL for the 35th (almost) Annual Tampa Bay Austin Healey Club All British Field Meet & Auto Jumble. Most travelled to the venue with a Jim & Debbie Wilson-led caravan from the usual Stottlemyer’s Smokehouse meeting point in Sarasota. To minimize travel time, the route required using I-75 & I-275 for a large part of the journey. Bruce Skaggs reported that joining one’s LBC in the flow of interstate traffic (seemingly predominantly 18-wheelers) was an early morning adventure in itself. On the plus side, the day afforded beautiful weather.

This is traditionally a very popular regional car show. The little town closes off Main Street for several blocks in order to park upwards of 200 cars in all British classes. This year’s featured marque was the MG. Our club’s cars are always competitive in the judging and this year was no exception. At the mid-afternoon awards ceremony, the modest SBCC contingent garnered five trophies! They were:

The Best of Show was a lavender modified 1959 Morris Minor 1000 (photo included in the gallery below).

Thanks to Bruce Skaggs and Walt Mainberger for contributing to this report. 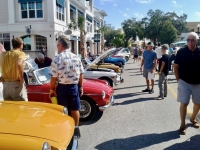 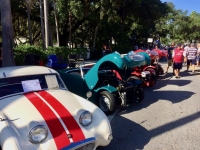 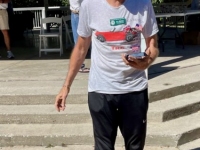 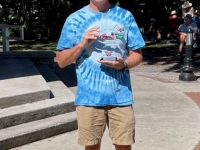 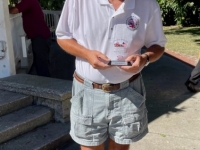 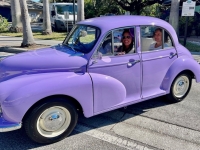 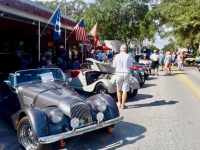