On March 27, the club was joined by the staff and student-campers of the Gator Wilderness Camp for a car show and picnic lunch, just off Fruitville Road in Sarasota. This event is a legacy of Duane and Ellen Magnuson who began hosting it annually 10 to 12 years ago on the grounds of their Sarasota home. It was one of the more popular events on the club’s calendar until suspended due to the pandemic, coinciding with the couple’s untimely passing. Thus, it was great to see such an enthusiastic turnout upon its return. Our 29 vehicles were joined by some members of the local Antique Automobile Club (AACA), bringing the total count to 35 cars and 50 plus members. The school cadre brought their entire population of 30 boys, plus all the fixings for a grilled lunch!

The Gator Wilderness Camp in a faith-based year around camping program for boys 11-15. According to their website, “This group of boys is significantly struggling to interpret a myriad of issues in their families, schools and communities.” Translation: Some come from a difficult home life and some have run afoul of the law. The camp school is located on 250 acres in Charlotte County, really in the “middle of nowhere” in southwest Florida. It’s seen as an alternative to placement in a government social services program, to include the juvenile detention system. The boys must apply to be accepted. The costs are covered by the church and donations from the public. There is no cost to the Florida taxpayer.

Back to March 27. Part of the day’s activities consist of the lads going from to car to car and sitting in the driver’s seat where they can start and rev up the engine. Then, they vote for the car they like best. This year’s winner of the club trophy was Jay Royce and his 2015 Jaguar F Type. While this was going on, the camp counselors grilled burgers and hot dogs. After lunch, the boys were challenged to design their own car. Judges selected the winning drawings and the club awarded trophies to the designers. It’s likely this may have been the first time some of these boys have ever won anything and the joy on the faces of those holding the trophies was priceless. Note to car owners for next year: A large number of the boys’ designs depicted flames coming out of the rear of the car. While this is probably best avoided real-life in a picnic setting, a raucous exhaust is clearly a plus in the running for the most popular car trophy. 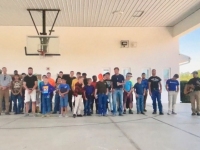 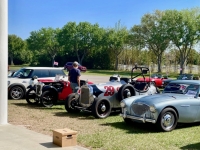 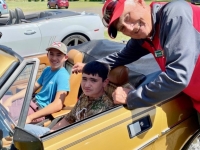 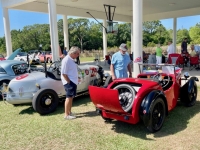 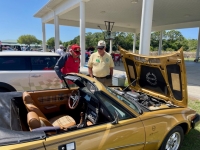 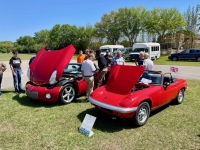 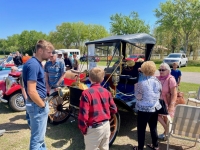 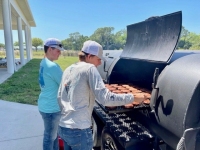 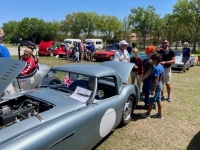 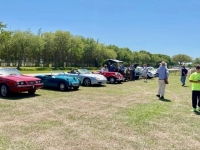 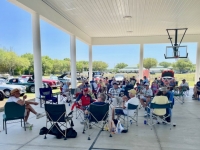