On October 26, six members of the SBCC caravanned north to Safety Harbor, FL for the 33rd Annual Tampa Bay Austin Healey Club All British Field Meet & Auto Jumble. This is always a very popular regional car show. This year the little town closed off Main Street for several blocks in order to park upwards of 220 cars in all British classes. In spite of the threat of rain, this year’s show had a huge turnout, with over 40 Jaguars and some 25 Morgans.

Our club’s vehicles usually stand up very well against the competition in this event and this year was no exception. The rain finally arrived during the mid-afternoon awards ceremony but our modest contingent garnered three trophies. Pat Kelly collected First Place for his 1961 Bugeye Sprite; Bob and Ruth Faria a First Place for their 1932 Austin Boat Tail; and Bruce Skaggs picked up a Second Place trophy for his 2006 Jaguar XK8. 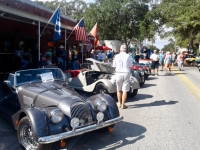 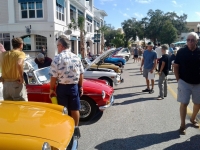 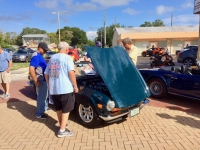 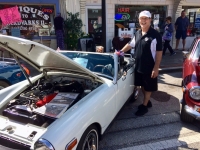 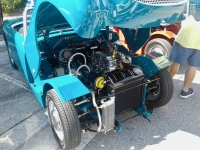 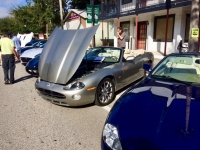 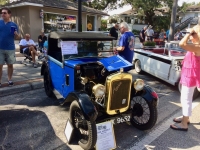