The Sarasota Downtown Merchants Association held its Fourth Annual Fathers & Fenders Car Show on Father’s Day, Sunday, June 19, 2016, at Five Points Park. We had a good turnout with about 15 British motorcars along with 25 SBCC members. The temperature was in the high eighties but a lower humidity level than recently experienced made for a pleasant day downtown, also producing a large turnout of the local populace.

As regular participants in this event, the organizers gave us primo parking spaces underneath the shady live oak trees across from the Selby Library. A car show music trailer was parked close to our location. (Perhaps a few decibels too close.) Throughout the event, the DJ spun vintage music through what seemed like equally vintage speakers. Nevertheless, it was a very enjoyable day.

The organizers handed out an assortment of awards throughout the early afternoon. The Merchant Association jury awarded the trophy for the Best British Car to SBCC member Gene McOmber for his 1990 Morgan Plus 8. Congratulations, Gene! 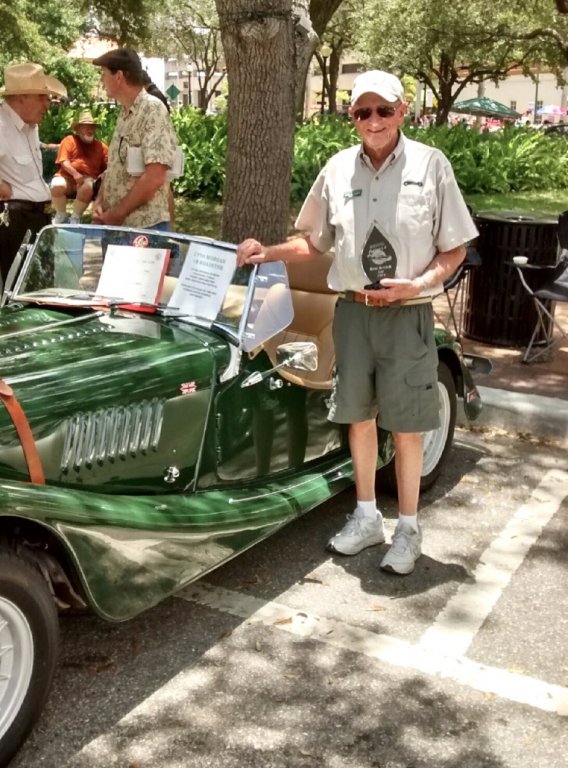 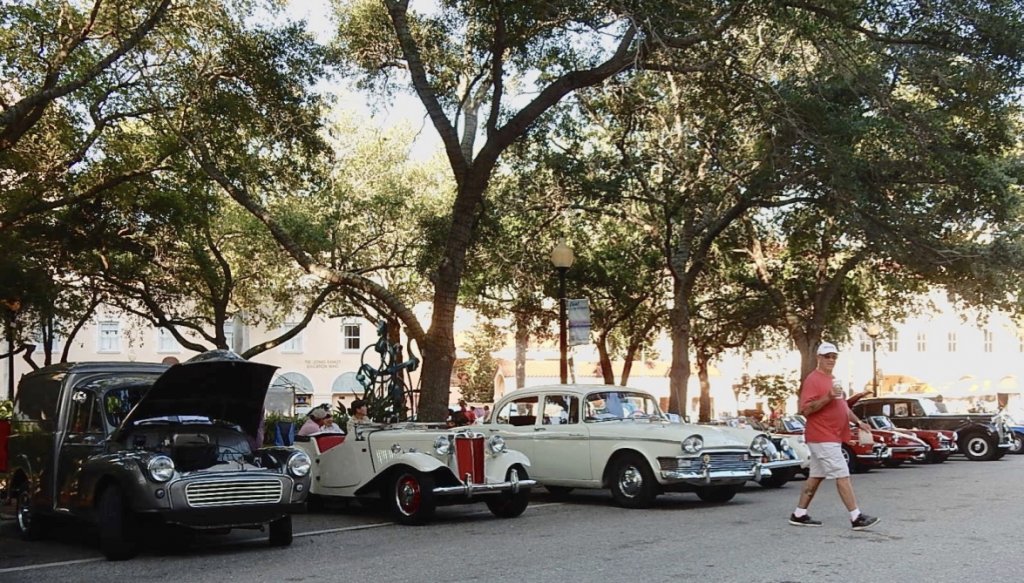 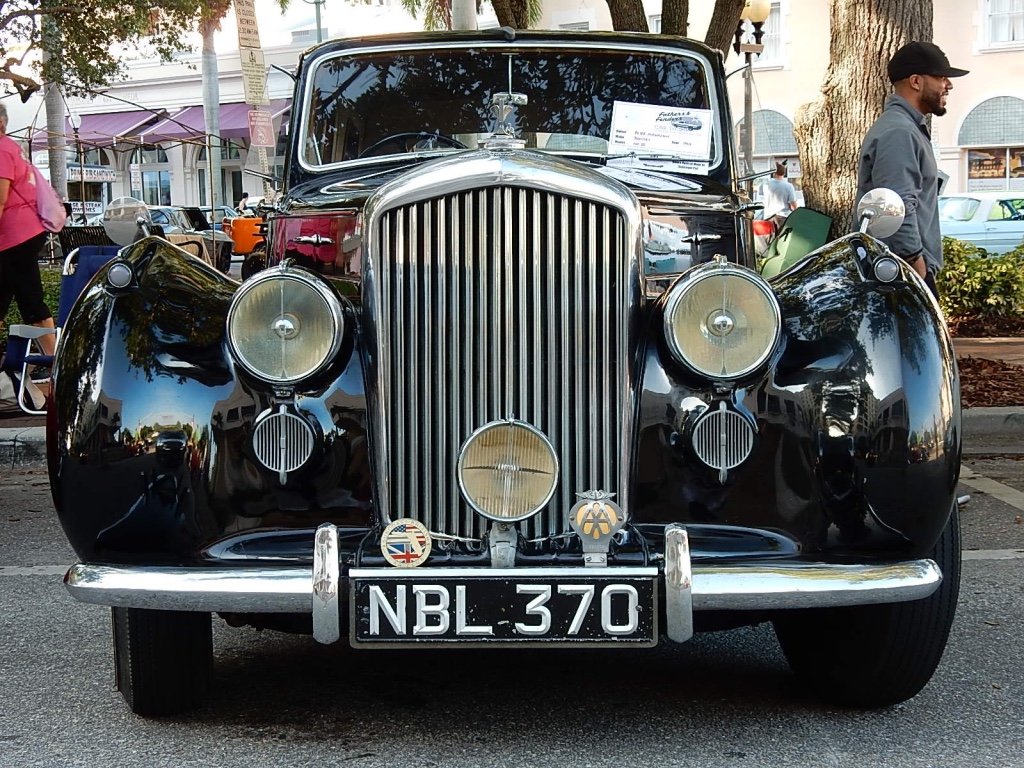 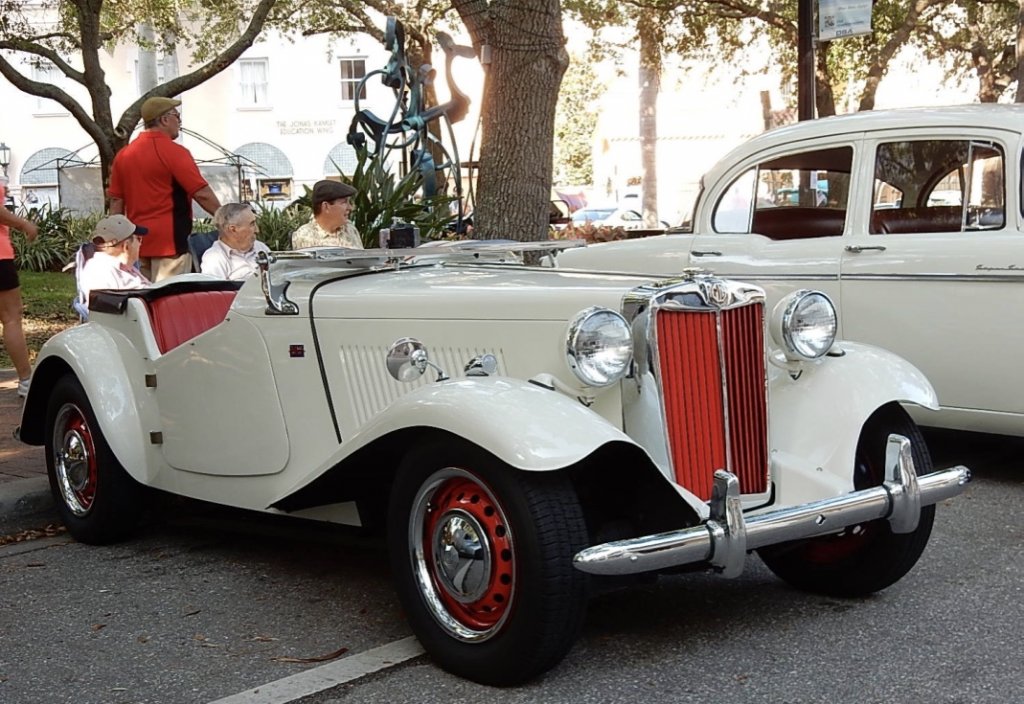 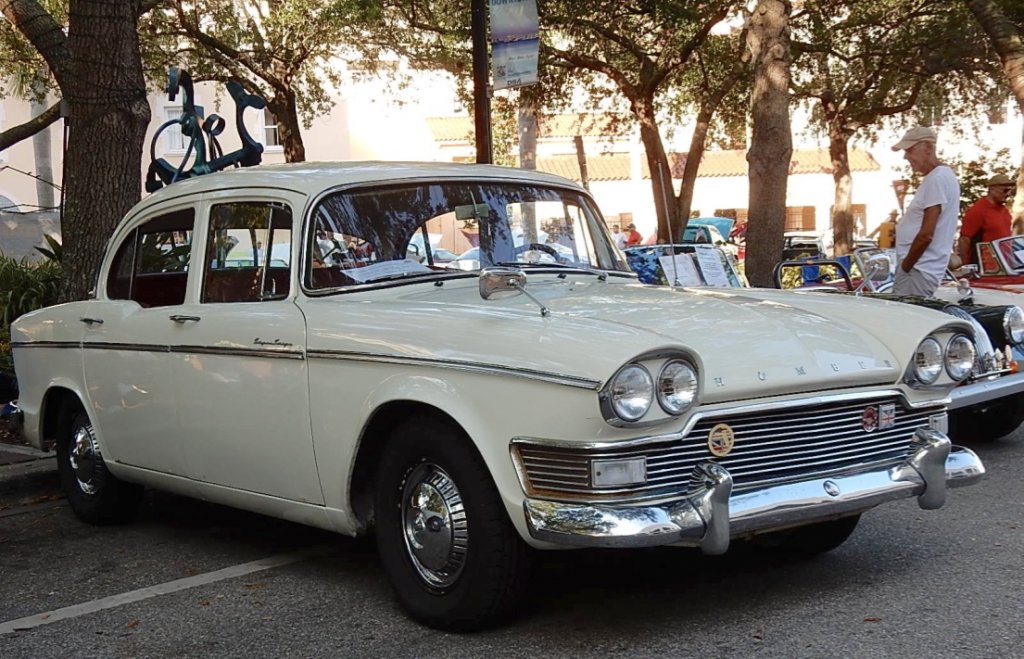 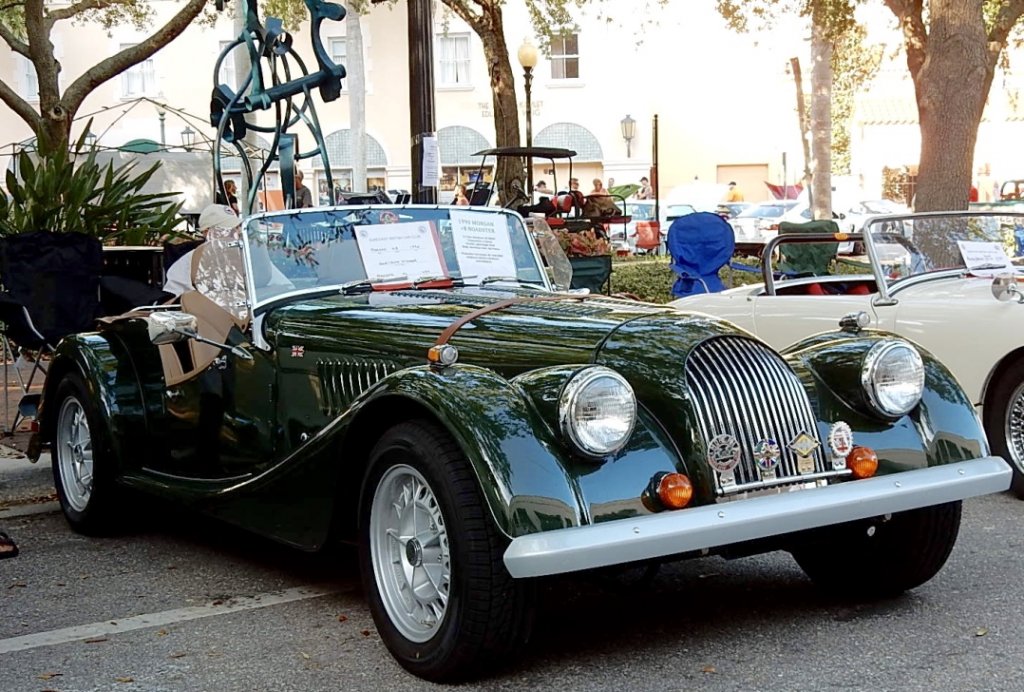 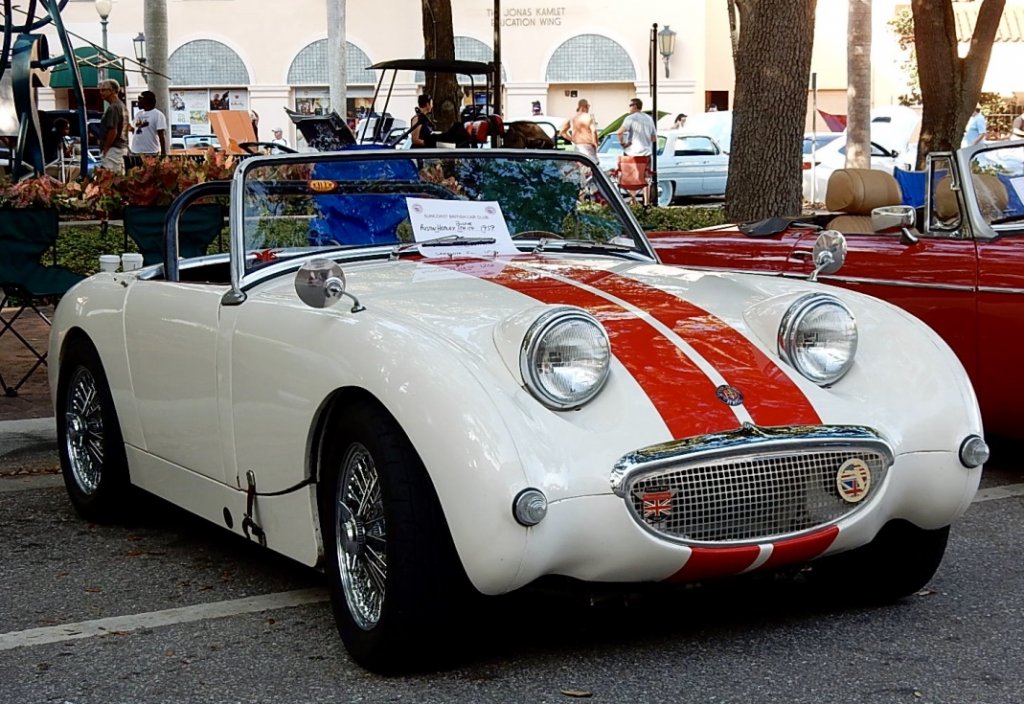 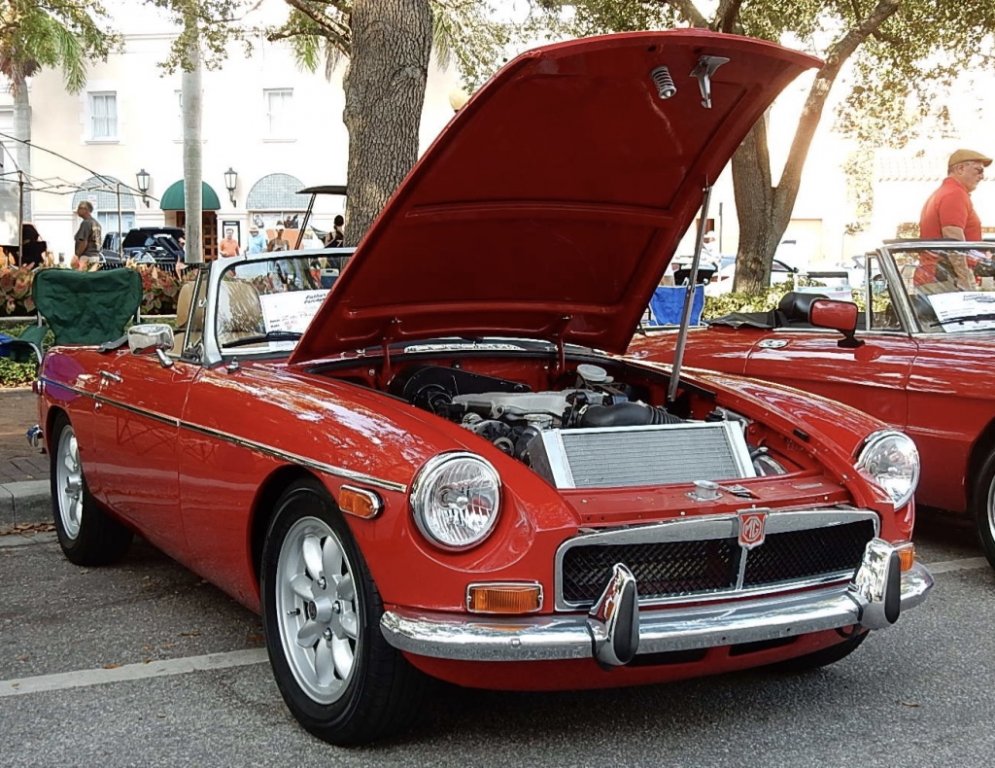 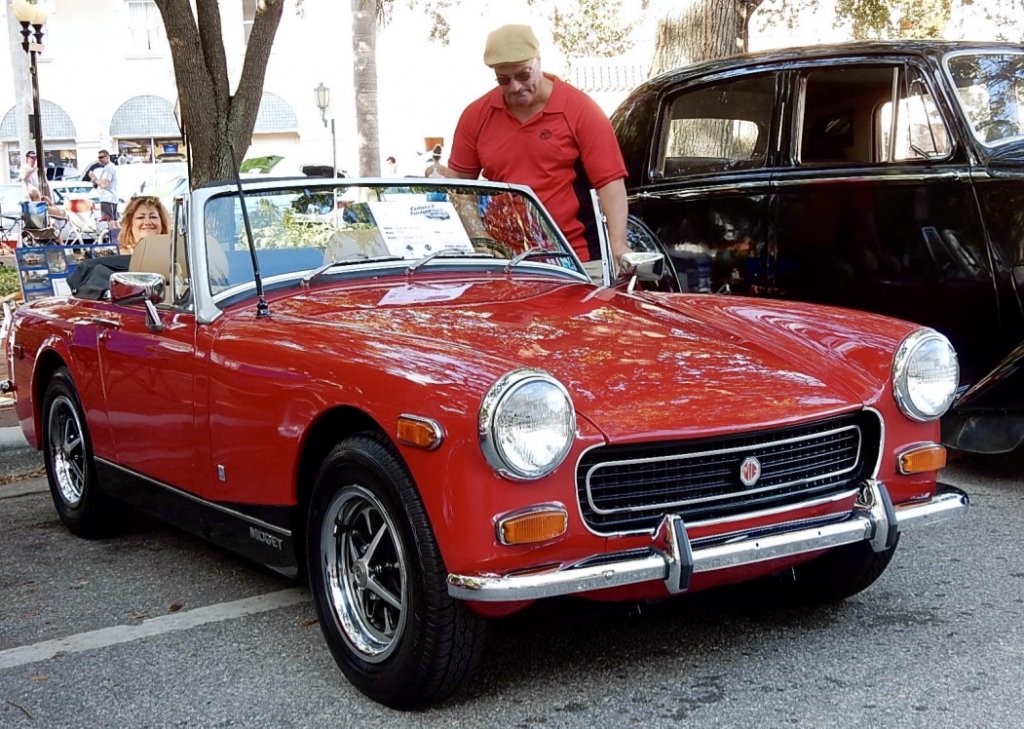 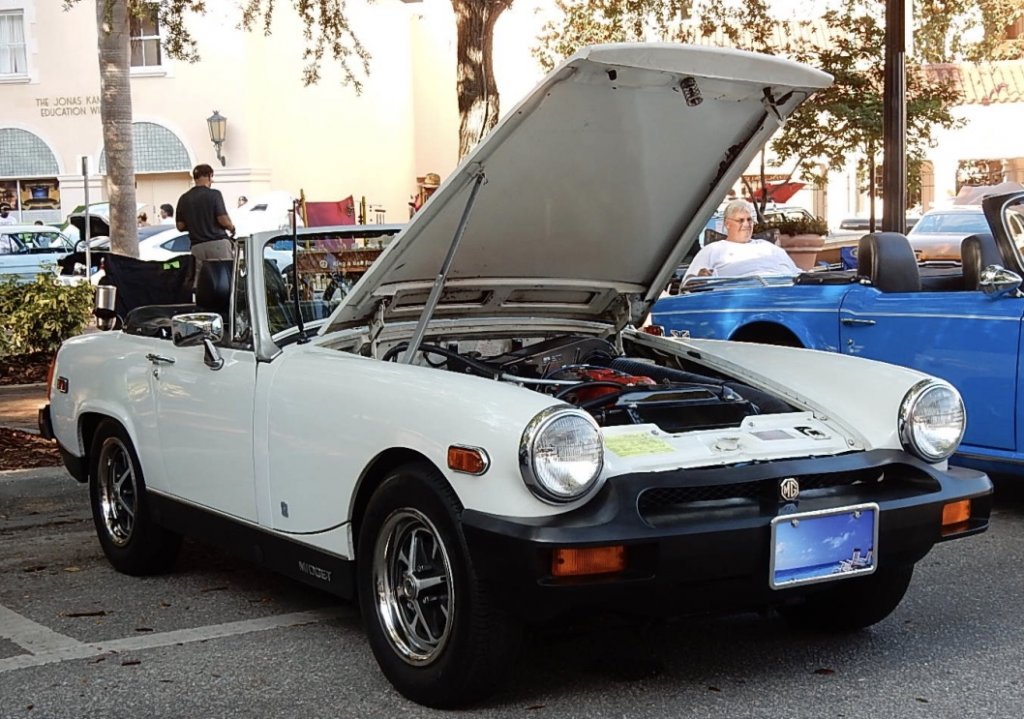 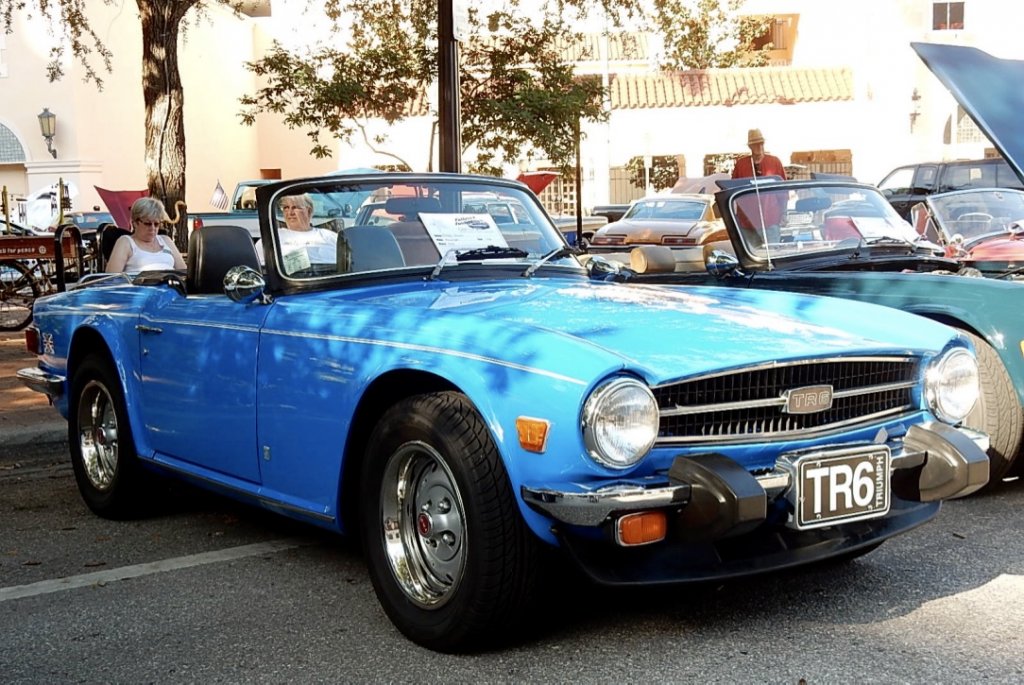 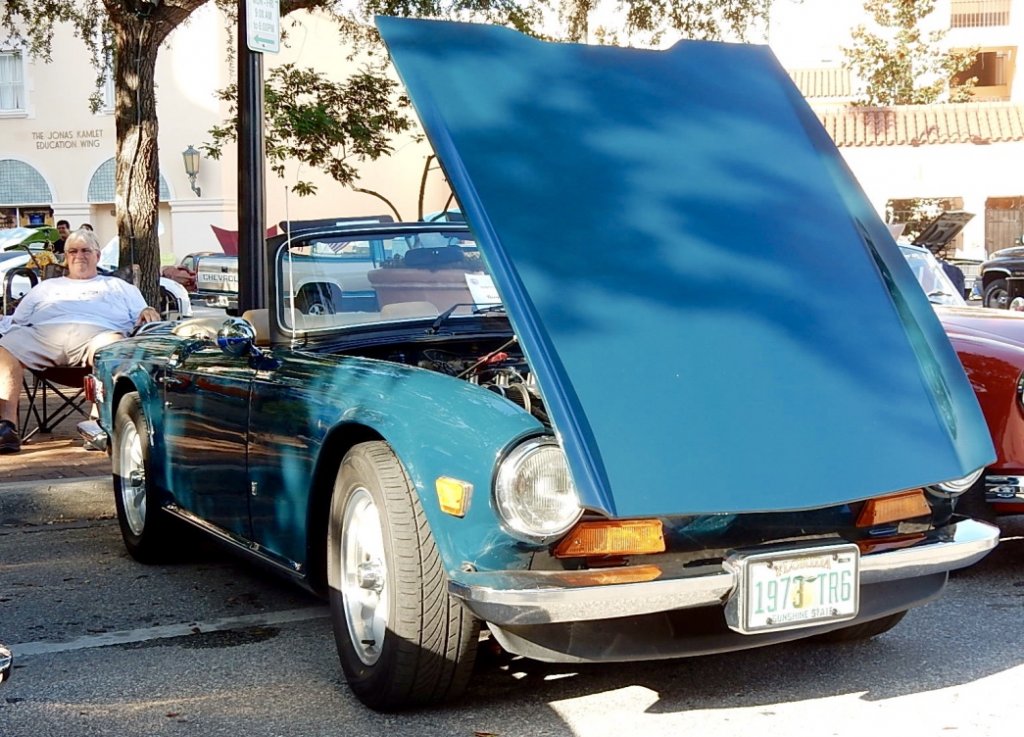 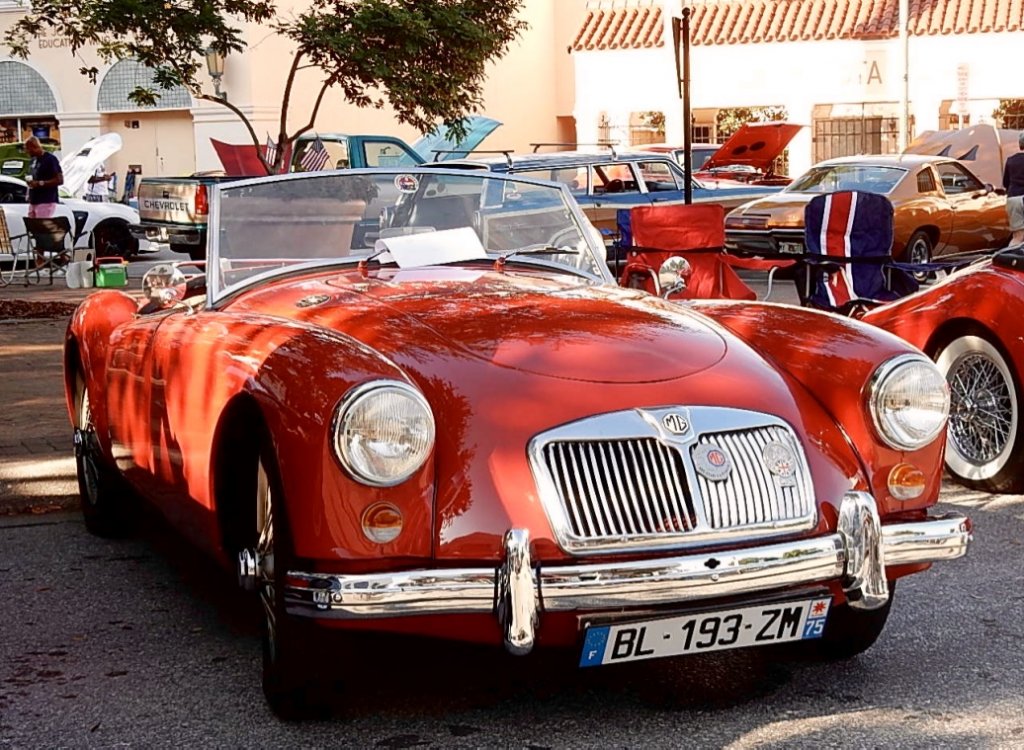 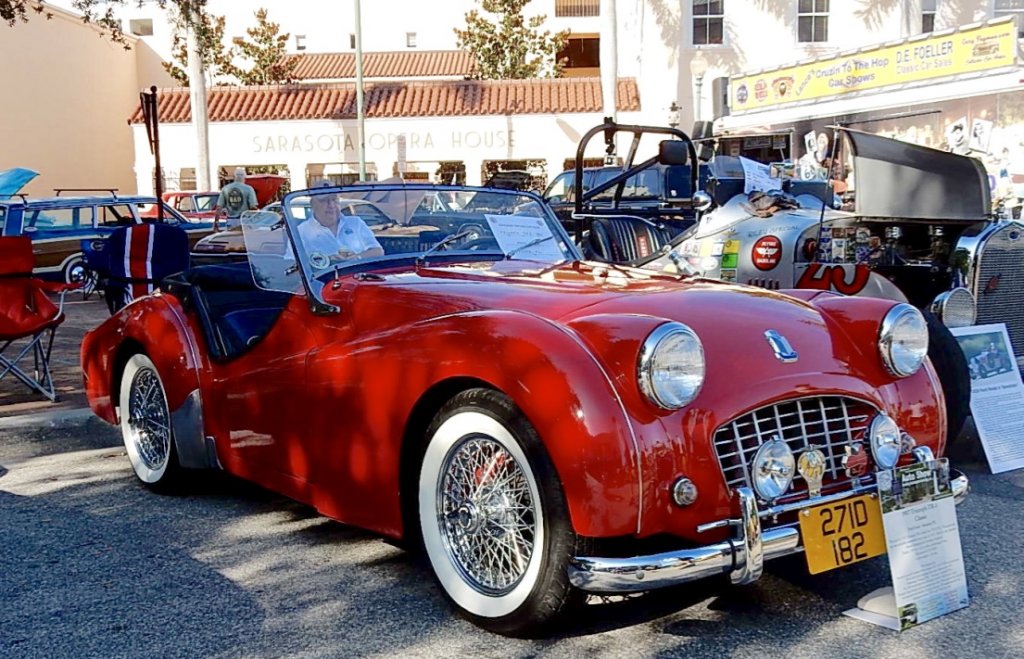 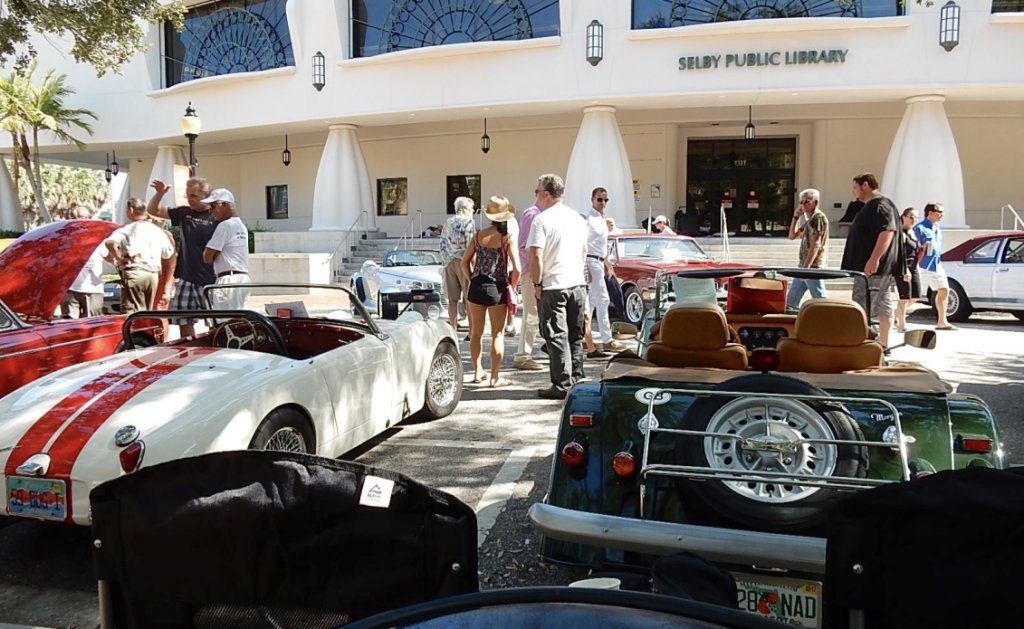 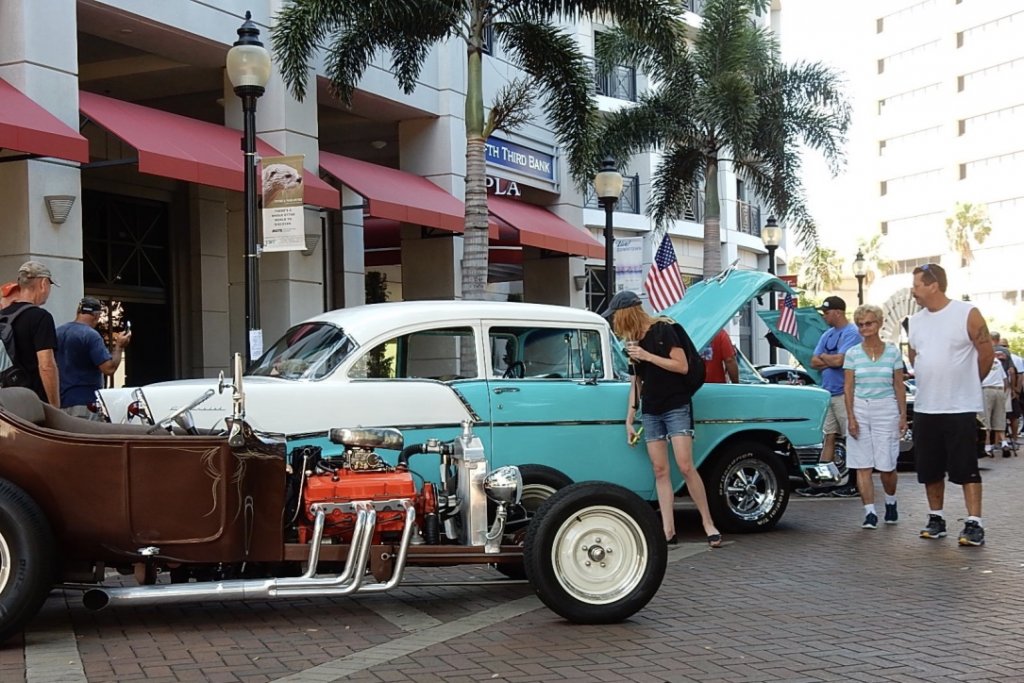 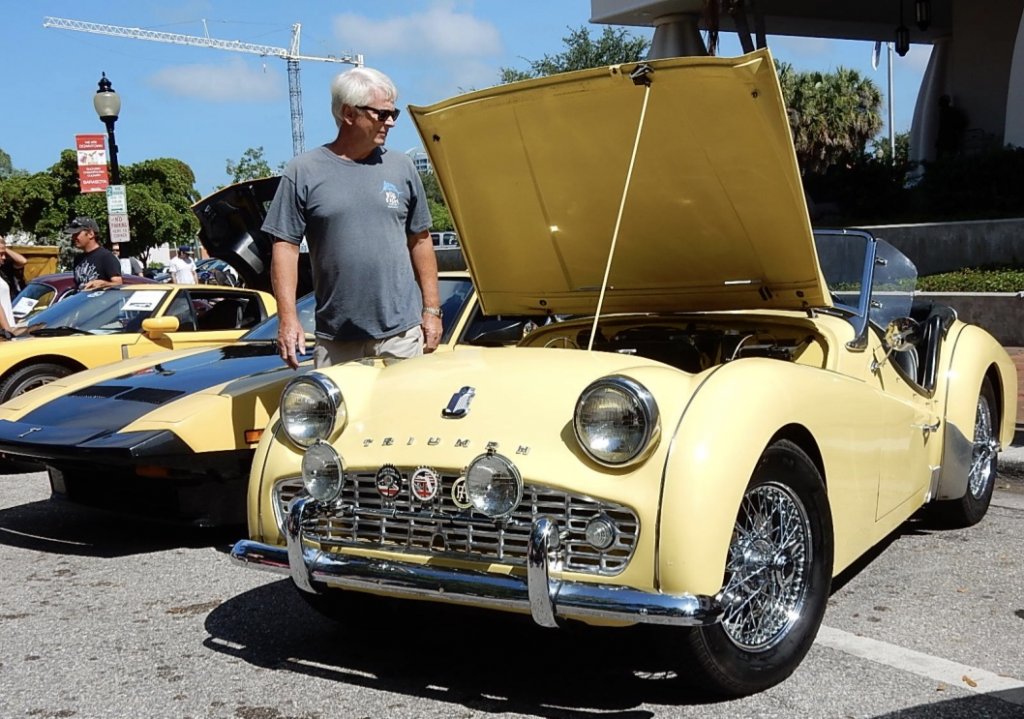 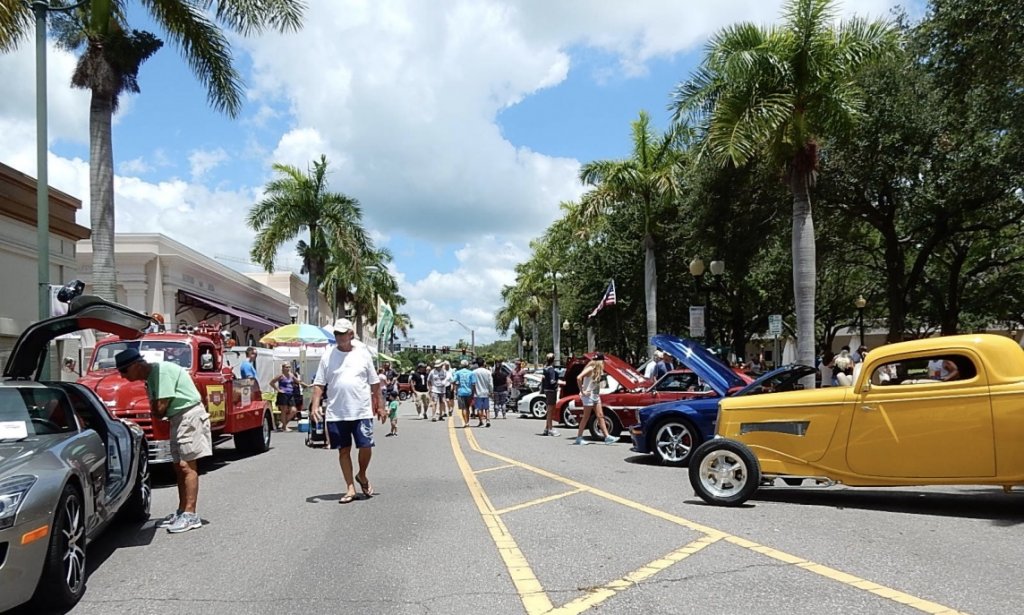 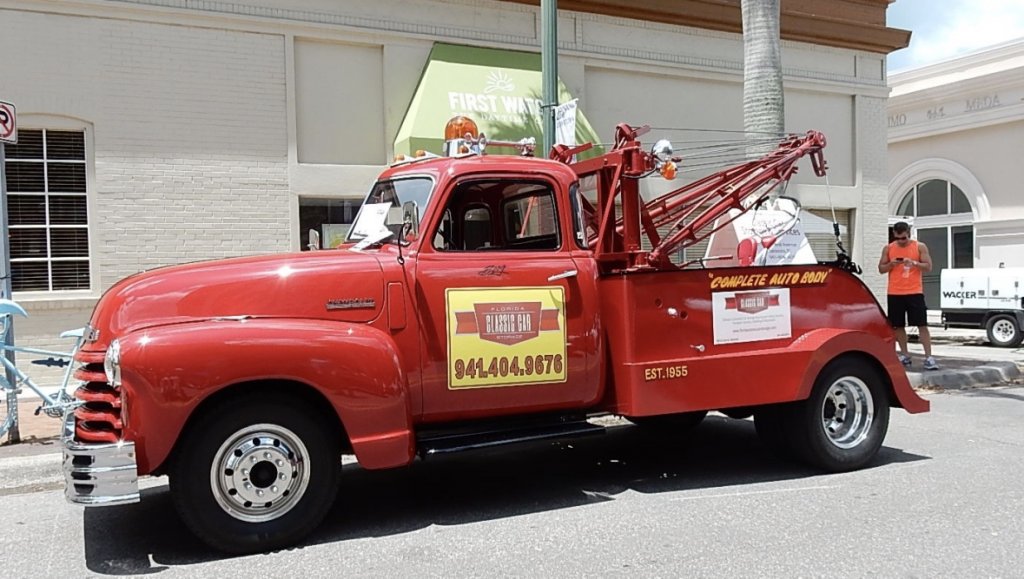 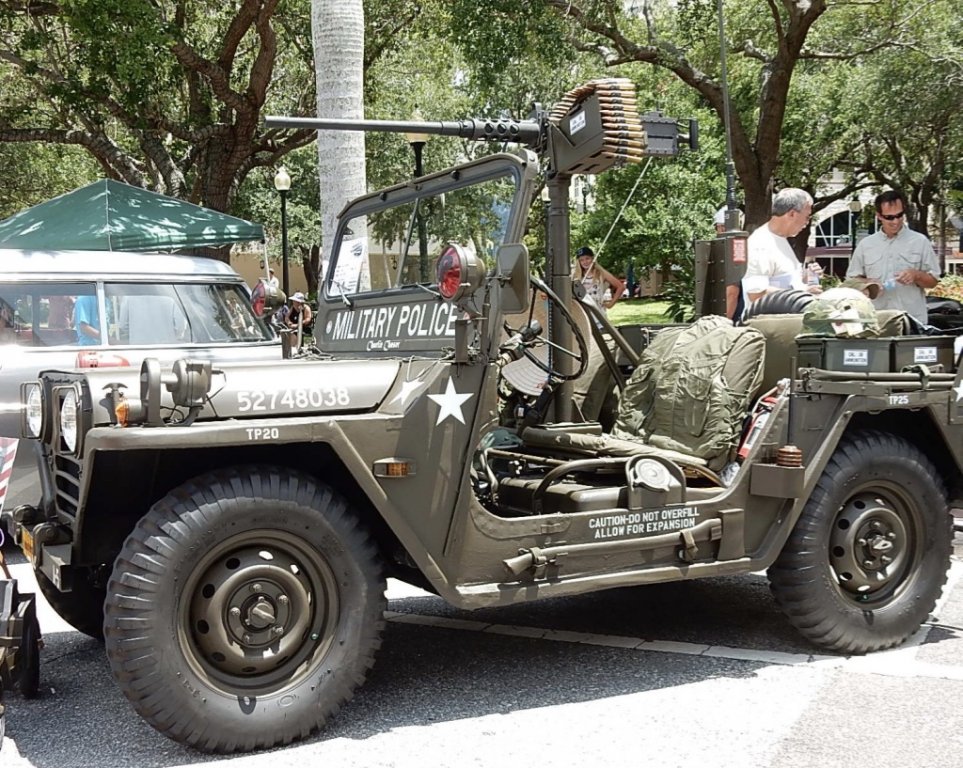 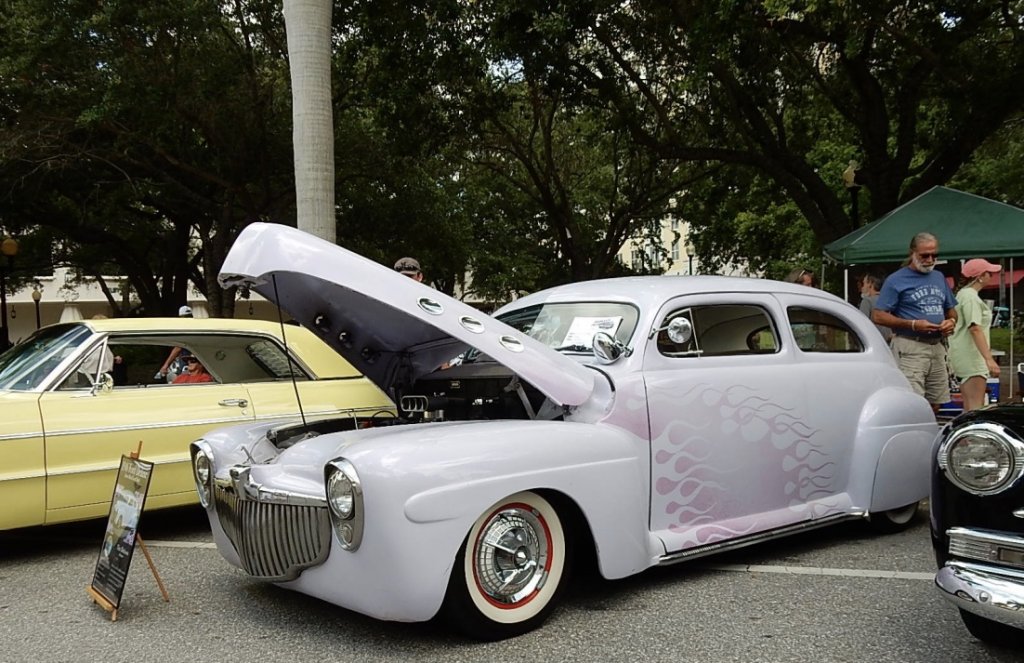 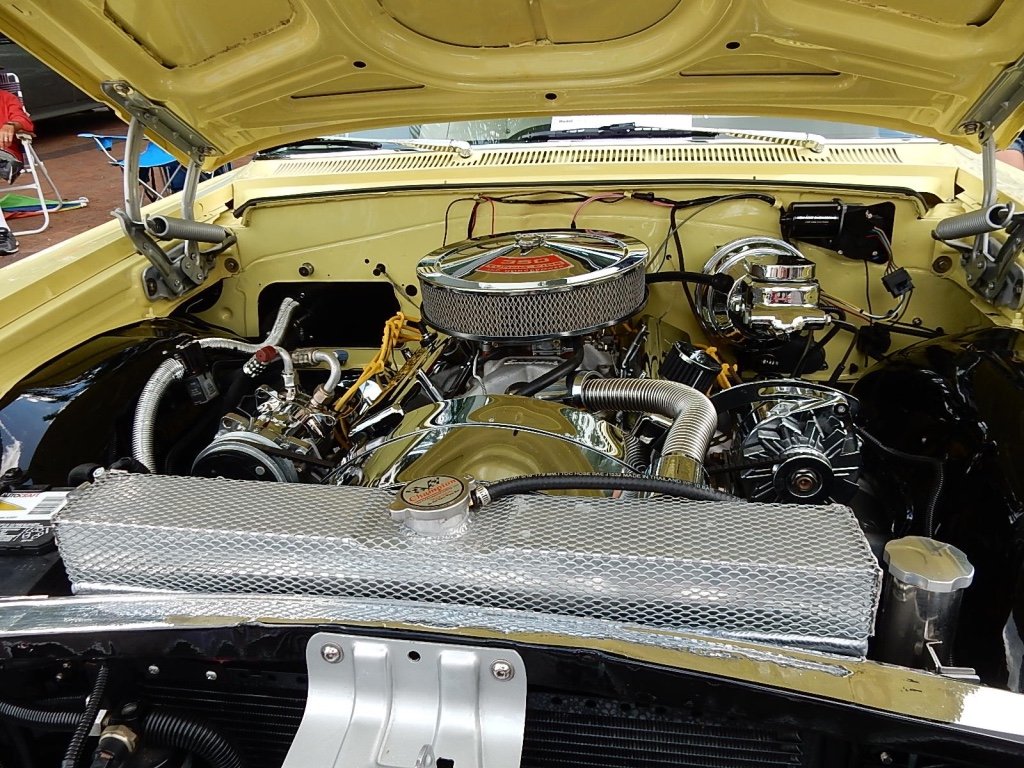 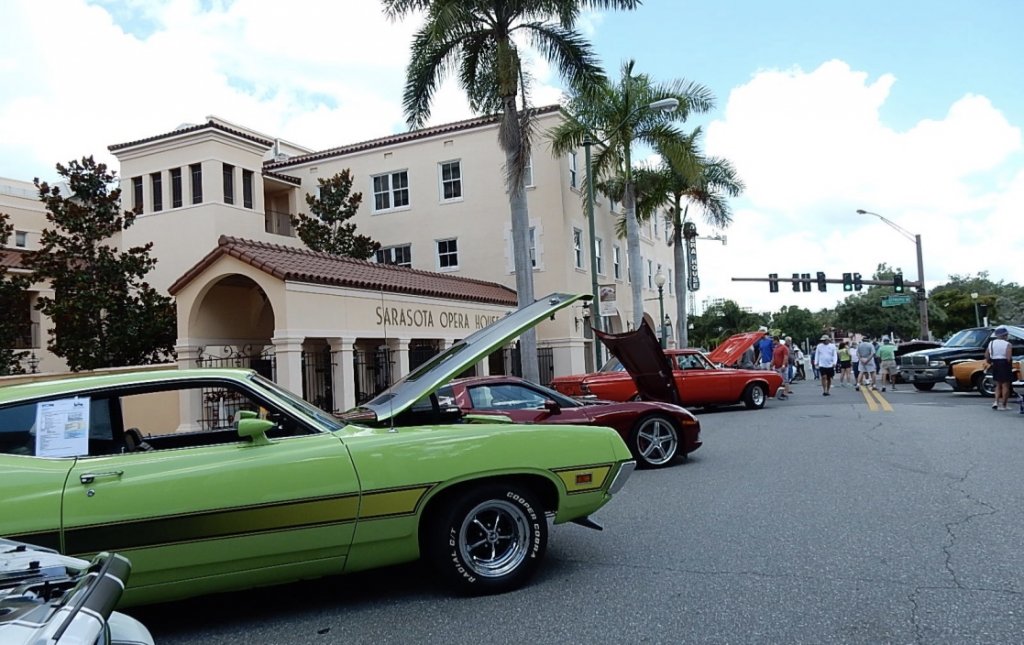 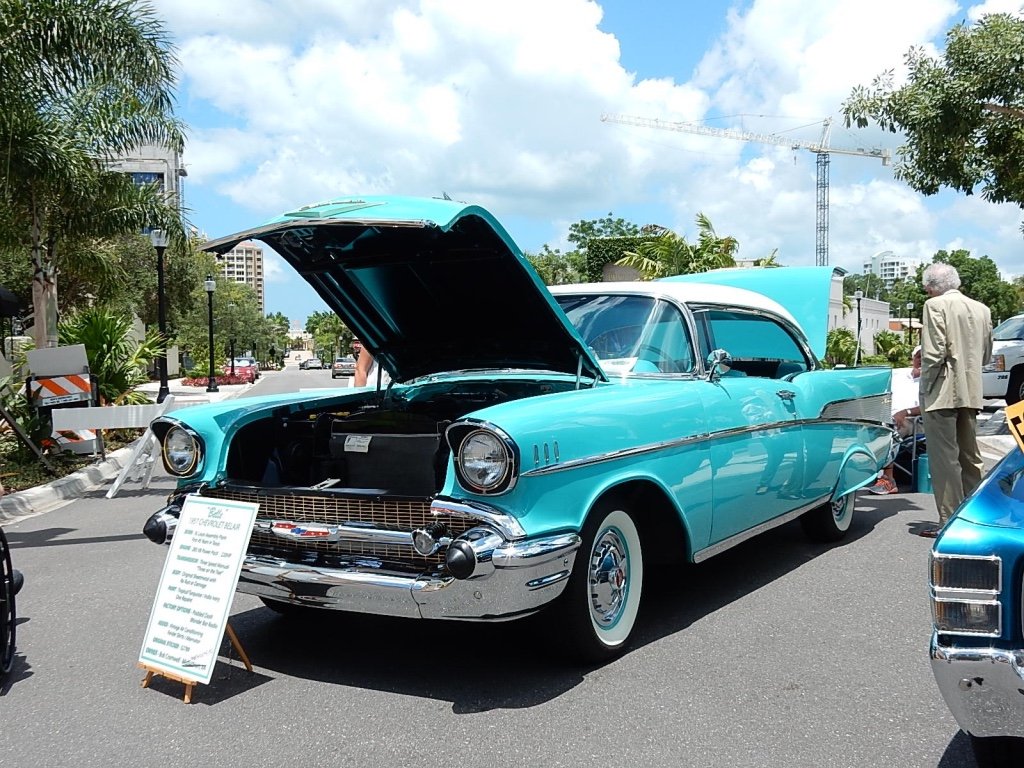