Fred CookPosted on December 6, 2021 Posted in Events — No Comments ↓

The City of Sarasota once again hosted the November 11 Veterans Day parade that was not held in 2020 because of COVID-19 pandemic concerns. The parade this year specifically recognized those Veterans who served in Afghanistan, as well as honoring those who served in all other conflicts. A few members of the Suncoast British Car Club polished their LBC’s and joined this patriotic event. There was a brief sprinkle at the start of what, otherwise, was a very pleasant morning. There was a good-sized and very enthusiastic crowd along the half-mile parade route. And from the comments shouted out, they definitely liked our cars!

The local ABC-TV station, WWSB, covered the parade and featured it that evening in their news programming. The presenter began the newscast along the lines of, “The parade on Main Street featured colonial flag bearers (rolls the tape of colonial soldiers), local high schools (shows footage of Riverview High School Junior ROTC unit), and classic cars (cue the Suncoast British Car Club).” In addition, the club vehicles served as a backdrop for a news interview by another local station (SNN) also that evening. See photos.

Photos by the author, and from The Herald Tribune (Gannet), SNN and WWSB. 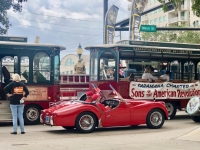 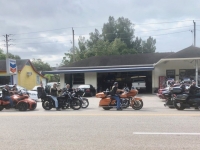 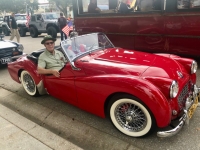 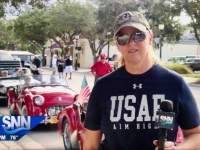 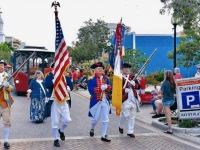 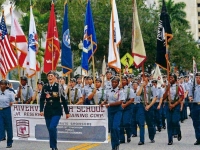 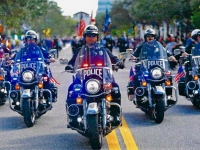 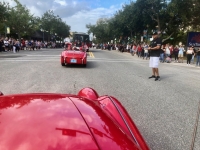 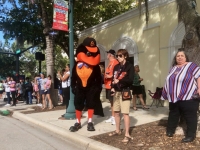 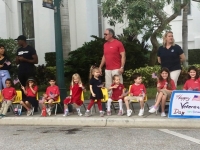 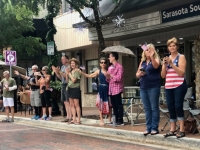 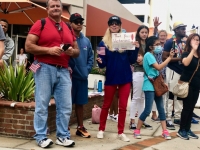 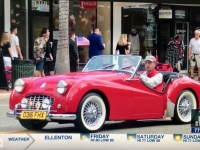