The annual Sarasota Highland Games & Celtic Festival is hosted by the Scottish Heritage Society of Sarasota. Scottish settlers landed on Sarasota Bay in 1885, and 135 years later, the city is still celebrating its deep Scottish roots, and the arrival of the first bottle of Single Malt.

The 26th edition of this annual event was held on Saturday, February 1, at the Sarasota County Fairgrounds. It was preceded by an all-night rain that, unfortunately, continued into the day of the Festival, followed by a stiffening wind. This weather would have made the early settlers feel right at home. The most popular venue was the large beer tent with live music, filled by spectators seeking refuge, entertainment and refreshments. But, by early afternoon, the weather improved and Festival attendance improved noticeably.

For the past ten years, our club has been invited to show our cars as a part of the Festival entertainment. Despite the inclement weather this year, 11 intrepid club members showed up with their LBC’s. The Highland Games judge(s) made the following awards: 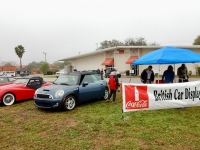 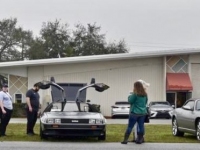 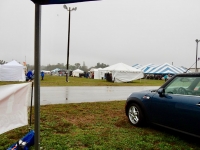 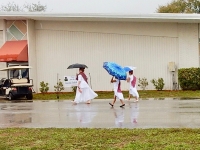 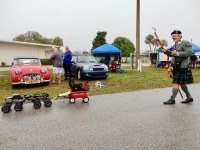 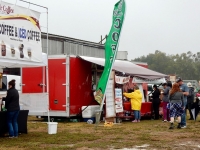 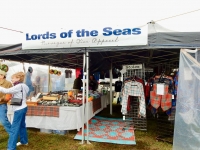