We’re in the hot and humid summer months here in Florida and an estimated one-third of the membership has scarpered to presumably cooler locales up north. For those of us who remain, club activities involving our LBC’s are generally scheduled to avoid the afternoons with their searing temperatures and scattered thunderstorms. Enter the increased frequency of weekend Breakfast Runs on the club calendar.

On June 30, the destination restaurant was the Silver Star East in Myakka City, inland and away from the coastal population centers with stop and go traffic. Making the ‘run’ were four Triumphs – 2-TR3’s, a TR6 and a TR8, along with a Lotus Elan Plus 2, a Jaguar XK8 and a Maserati (?) Spider. The direct route to the restaurant would normally take about 20 minutes from our usual jumping-off point, the Fruitville Texaco. But, of course, President and caravan honcho Jim Wilson’s scenic route over rural roads and country curves was anything but direct.

For seven years, the family-run Silver Star was in downtown Sarasota. But, when a restaurant on State Road 70 came on the market, the family opted to move their “down home cooking” 25 miles east. Completely refurbished, the Silver Star East (“where friends meet friends”) has been open only a few months now. Trip Advisor gave their former location a 4.5 rating and club members reported that they saw no reason why they should not retain that level. Other feedback was “great food at reasonable prices” and “worth the trip.”

Joe Malaney provided the input for this report. 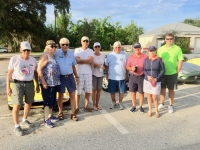 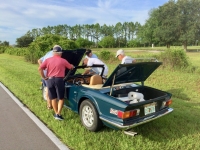 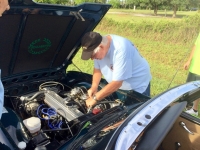 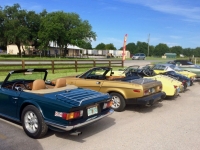